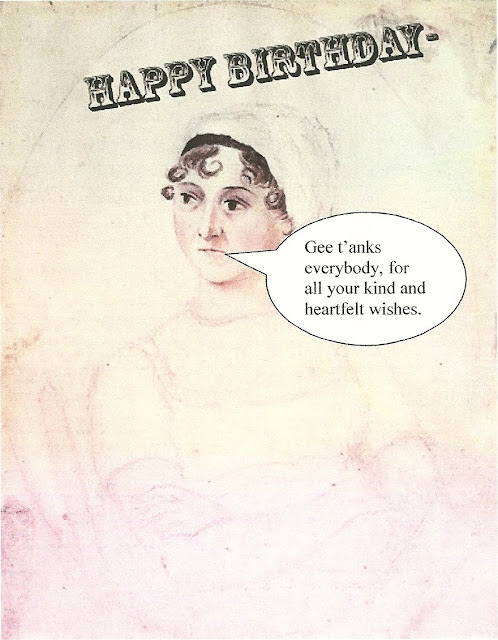 Many famous writers have commented on Jane Austen’s writing over the centuries. I thought I would review some of these comments today, 16th December, Jane Austen’s birthday.
I’m sure Jane herself would have loved the comments her work inspired and even laughed at the brutish criticism of some. She would most certainly have been able to reciprocate in high fashion.
I have made a poor attempt at replying to some of these comments on her behalf. I say poor, because my comments lack her rapier wit and sharp waspish sting. While her reposts would surely have been fine tuned and delicately deadly, mine can only be boisterous and blunt.
She was born in 1775, exactly 235 years to the day.
HAPPY BIRTHDAY!!!!!!!!!!!!!!!!!!!!!!
"One doesn't read Jane Austen; one re-reads Jane Austen."
William F. Buckley, Jr 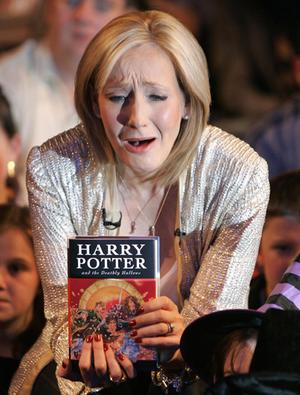 "My favorite writer is Jane Austen, and I've read all her books so many times I've lost count ... I imagined being a famous writer would be like being like Jane Austen. Being able to sit at home at the parsonage and your books would be very famous and occasionally you would correspond with the Prince of Wales's secretary."
J. K. Rowling, 2003
No! no! no! A famous writer doesn’t do that. You’ve got it all wrong J. K.
They write a popular series of books, using the same characters each time, and persuade children, and adults alike, to read them. Of course you must put an adult appropriate cover on the adults copy so they won’t feel stupid on the train in the morning. Then you must jolly well get a Hollywood studio to buy the film rites, but still allow you to have the final say, help market, cauldron loads of merchandise and make a billion pounds.
Now that is what a famous author really does Miss Rowling.
Didn’t you know that???? 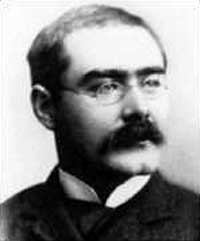 
Jane lies in Winchester—blessed be her shade!
Praise the Lord for making her, and her for all she made!
And while the stones of Winchester, or Milsom Street, remain,
Glory, love and honor unto England's Jane.
Rudyard Kipling, 1924
WOW!!!!!
Rousing stuff. It makes me want to stand up straight and salute the flag. Ah!!The Empire. Do or die. I’ve got a stiff upper lip already.
"There have been several revolutions of taste during the last century and a quarter of English literature, and through them all perhaps only two reputations have never been affected by the shifts of fashion: Shakespeare's and Jane Austen's... She has compelled the amazed admiration of writers of the most diverse kinds."
Edmund Wilson, 1944
True!!!!!!!!!
"Also read again, and for the third time at least, Miss Austen's very finely written novel of Pride and Prejudice. That young lady had a talent for describing the involvement and feelings and characters of ordinary life which is to me the most wonderful I ever met with. The big Bow-wow strain I can do myself like any now going, but the exquisite touch which renders ordinary commonplace things and characters interesting from the truth of the description and the sentiment is denied to me. What a pity such a gifted creature died so early!"
Sir Walter Scott, 1826


Well Walter, you liked her. But I nearly fell asleep reading this. What was your point? Oh, and please remind me what you wrote yourself????????? 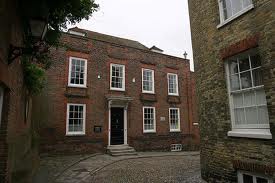 "The key to Jane Austen's fortune with posterity has been in part the extraordinary grace of her facility... as if she sometimes over her work basket fell... into woolgathering, and her dropped stitches... were afterwards picked up as... little master-strokes of imagination."
Henry James, 1905
Henry James, although an American, lived most of his life in England.The last years in Rye in Sussex on the South coast of England. The house he lived in is a beautiful Georgian brick town house, of ample size, tucked away in a corner of the town next to the church.
Henry James must have had a bracing walk by Rye harbour, taking the sea air, a salt marsh away these days, and breathing in the ozone to clear his brain before he wrote this lovely perceptive metaphorical piece.
"...Jane Austen, of course, wise in her neatness, trim in her sedateness; she never fails, but there are few or none like her."
Edith Wharton, 1925
“Wise,” “neat,” “trim,” “sedate.”
No she bloody wasn’t!!!!!!!
"To believe (Jane Austen) limited in range because she was harmonious in method is as sensible as to imagine that when the Atlantic Ocean is as smooth as a mill-pond, it shrinks to the size of a mill-pond... Look through the lattice-work of her neat sentences, joined together with the bright nails of craftsmanship, painted with the gay varnish of wit, and you will see women haggard with desire or triumphant with love."
Rebecca West, 1928
Oh yes. “haggard with desire or triumphant with love.” That’s more like it.Lets get some powerful feelings into these comments.Lets get the blood pumping.
"I am inclined to say in desperation, read it yourself and kick out every sentence that isn't as Jane Austen would have written it in prose. Which is, I admit, impossible. But when you do get a limpid line in perfectly straight normal order, isn't it worth any other ten?"
Ezra Pound, in a letter to Laurence Binyon, 1938
OK Ezra, I think, I know what you mean.
Jane Austen? Why I go so far as to say that any library is a good library that does not contain a volume by Jane Austen. Even if it contains no other book.
, Robert Underwood Johnson
A little understanding and compassion is required towards Robert Johnson. It takes a lot of courage to tell the word that you are illiterate.

Jane Austen's books, too, are absent from this library. Just that one omission alone would make a fairly good library out of a library that hadn't a book in it.
- Following the Equator


Mr ,”Following The Equator,” if that is truly what you are doing in life, you must at some point have got very wet walking through vast oceans, sweaty to the touch and eye, in heated tropical forests, cracked on your skull with falling coconuts on far flung tropical islands and got savaged by marauding lions and perhaps bitten by venomous snakes. Your brain has anyway.

Walt Witman thinking over what he has just written about our Jane.


I haven't any right to criticise books, and I don't do it except when I hate them. I often want to criticise Jane Austen, but her books madden me so that I can't conceal my frenzy from the reader; and therefore I have to stop every time I begin. Everytime I read 'Pride and Prejudice' I want to dig her up and beat her over the skull with her own shin-bone.
She makes me detest all her people, without reserve. Is that her intention? It is not believable. Then is it her purpose to make the reader detest her people up to the middle of the book and like them in the rest of the chapters? That could be. That would be high art. It would be worth while, too. Some day I will examine the other end of her books and see.
Mark Twain
One day,” it would be worth while,” if somewhat repulsive and repugnant, to examine your “other end,”Walt, and spank it mercilessly with a smashed and splintered plank of wood, toothy with bent rusty nails.
And finally:
Jane Austen, uncertain and in need of fortitude in her bodily life, had a mind that moved swiftly, certainly, like a powerfully launched arrow shaft, splitting imperceptibly the air around it, flying straight to it’s bulls eye inside all our imaginations for ever and ever.
Tony Grant 2010

A few, ripe quotations from Jane herself.
I do not want people to be very agreeable, as it saves me the trouble of liking them a great deal."letter of December 24, 1798
[At a ball, where being introduced is a prerequisite before a gentleman can ask a lady with whom he is unacquainted to dance:]
"There was one gentleman, an officer of the Cheshire, a very good-looking young man, who, I was told, wanted very much to be introduced to me, but as he did not want it quite enough to take much trouble in effecting it, we never could bring it about." letter of January 8 1799

"He seems a very harmless sort of young man, nothing to like or dislike in him -- goes out shooting or hunting with the two others all the morning, and plays at whist and makes queer faces in the evening." letter of September 23, 1813

[On arriving in London:] "Here I am once more in this scene of dissipation and vice, and I begin already to find my morals corrupted." letter of August 1796
[At a ball:] "Mrs. B. and two young women were of the same party, except when Mrs. B. thought herself obliged to leave them to run round the room after her drunken husband. His avoidance, and her pursuit, with the probable intoxication of both, was an amusing scene." letter of May 12 1801
You know how interesting the purchase of a sponge-cake is to me." letter of June 15, 1808
[On the Peninsular War:] "How horrible it is to have so many people killed! And what a blessing that one cares for none of them!" letter of May 31, 1811
"Kill poor Mrs. Sclater if you like it while you are at Manydown." letter of February 9 1813

"I am sorry my mother has been suffering, and am afraid this exquisite weather is too good to agree with her. I enjoy it all over me, from top to toe, from right to left, longitudinally, perpendicularly, diagonally; and I cannot but selfishly hope we are to have it last till Christmas -..."- letter of December 2 1815
Phew!! Who said Jane Austen couldn’t be sexy?

Email ThisBlogThis!Share to TwitterShare to FacebookShare to Pinterest
Labels: Jane