THE WOMBLES OF WIMBLEDON COMMON

Woodland on the common. 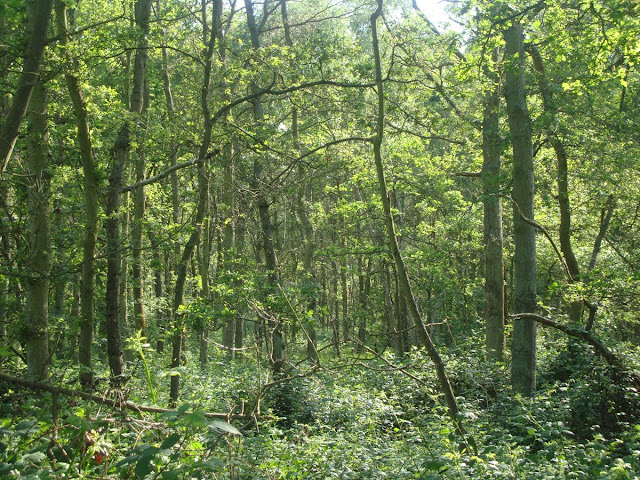 The Windmill. it was in a house near here Baden Powel lived for a while. 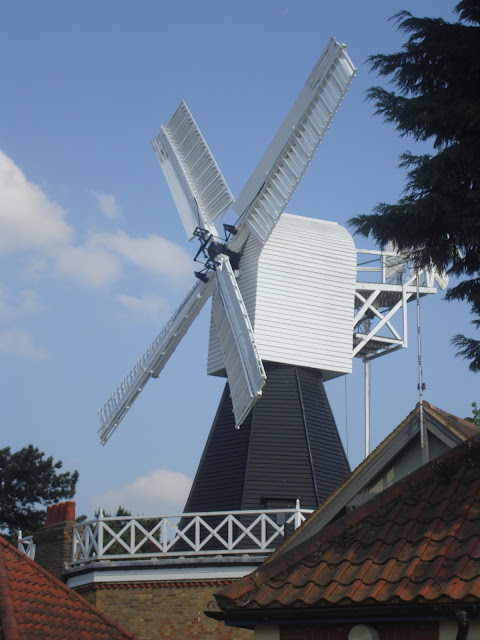 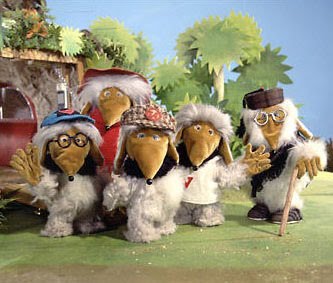 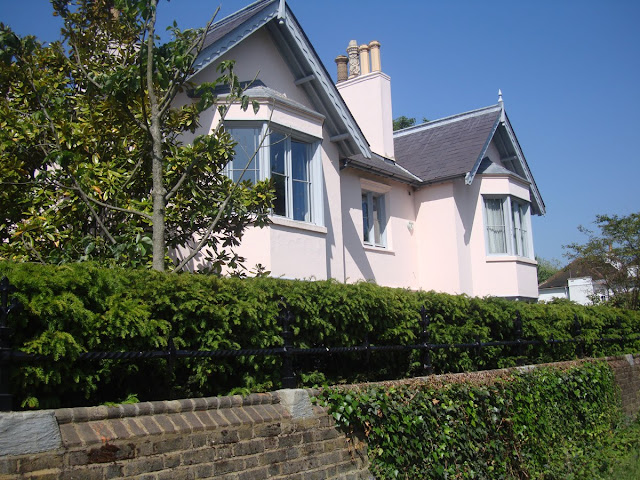 Golf on the Common. there are two golf courses, London Scottish and the Royal Wimbledon. 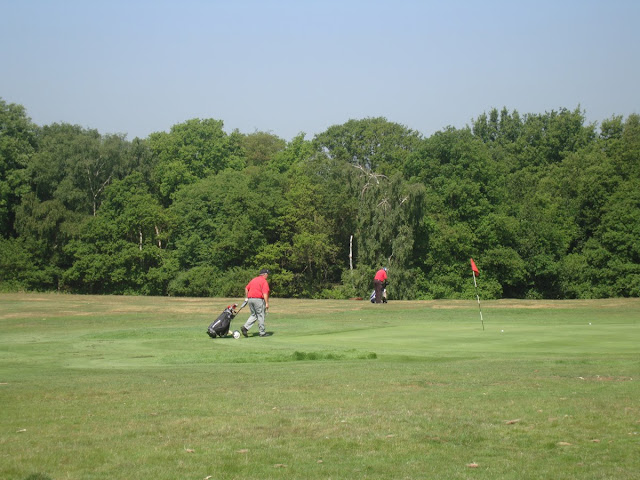 Elisabeth Beresford, the author of The Wombles. 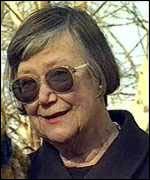 Abigail with some joggers going past. 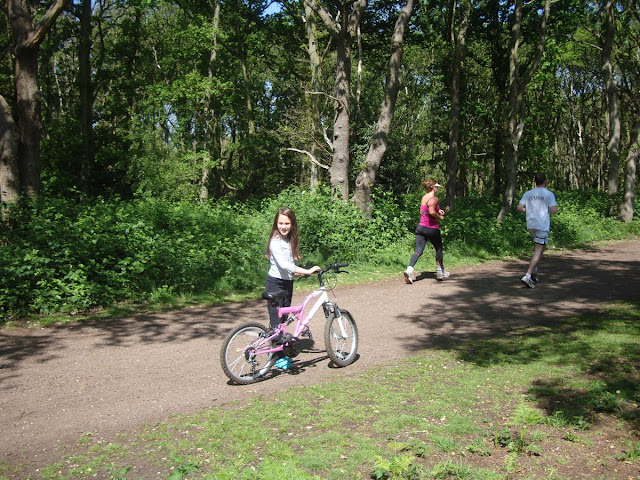 The common has a number of ponds and small lakes. 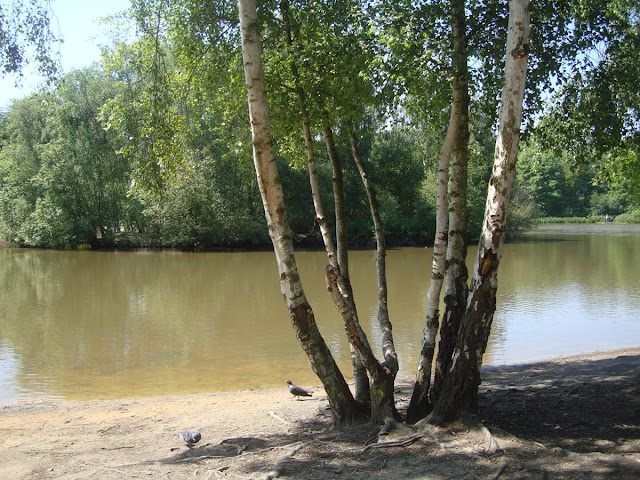 Has anybody outside this green and pleasant land heard of ,The Wombles?

Today it is raining. The BBC website shows the symbols for heavy rain with intermittent showers. That means it is raining all the time, sometimes less heavy than at other times. Heavy rain, you should see it. You should hear it. The sound is something else. Tomorrow is forecast the same. However on Wednesday it's different, the forecast says heavy rain ALL the time.

Unbelievably, two days ago we had a heat wave with clear blue skies.The temperature was 26 degrees centigrade and more.

On Saturday it was hot so I decided to take Abigail, my youngest, for a cycle ride on Wimbledon Common beneath the cool leaves and foliage of the wooded areas on the common.

Wimbledon Common is famous for the Wombles.

It's also famous for a lot of other things too.
In the 18th century it was the haunt of highwaymen who held up carriages on route to the south, Portsmouth and Southampton. It was also, because of it's seclusion, a place where gentry, miffed with each other, held duels, "by gad sir you bounder!"

Julius Caesar was reputed to have built a camp on the common on his second invasion of these islands in 54BC. But that is thought to be not true. The earth works on the common, which people thought was Caesars camp, was probably an Iron Age hill fort. The fact the Roman Road Stane Street ran from London Bridge to Chichester on the South Coast, went close to Wimbledon Common, may have suggested it was a Roman fort.
In the 17th century Wimbledon Common was used as a training ground for Charles II's Tangier Regiment.
The emancipator, William Wilberforce, in the 19th century, lived next to the common.

The Victorian poet Algernon Charles Swinburne, who lived in Putney, used to frequent one of my drinking places, the Rose and Crown, on the edge of the common. They do great beer there by the way.
There are a number a small hills on the common. They are man made. When the London Underground system was being built in the late 1800s , the earth they removed when digging the tunnels was transported to Wimbledon Common, hence the hills.
King George V used to play golf on the Royal Wimbledon Golf Course and
Baden Powel wrote Scouting for Boys in a house next to the windmill.
During the Ist World War the common was used by the army as a massive training camp for rifle regiments. They had many rifle ranges set up on the common. During the Ist World War it was also an airfield for the Royal Flying Corps which later became the RAF. The airfield was used to protect London from bombing by the German zeppelins.

Lord Nelson and Lady Hamilton used to live in Merton Place at the bottom of the hill from the common.

The writer, Robert Graves, was born and brought up in a road next to Wimbledon Green on the common.

Julie Andrews lived in a pink house here before she hit super stardom and moved to Hollywood.

Of course , to one side of the common the famous tennis courts are situated too.

However it's the Wombles that the common is REALLY FAMOUS for.

Here is some information. All will become clear.


"The Wombles are fictional pointy-nosed, furry creatures that live in burrows, where they help the environment by collecting and recycling rubbish in useful and ingenious ways. Wombles were created by author Elisabeth Beresford, originally appearing in a series of children's novels from 1968. The characters later became nationally famous in the mid 1970s as a result of a popular BBC children's television show using stop motion animation. A number of spin-off novelty songs also became major hits in the British music charts.

Their motto is "Make Good Use of Bad Rubbish." This "green" message was a reflection of the ecology movement of the 1970s. Although Wombles live in every country in the world, the stories focus on the life of the burrow in Wimbledon Common in London, England. "
Posted by TONY at 03:46:00 4 comments: