SO WHAT NOW ABOUT THIS REFERENDUM THING? 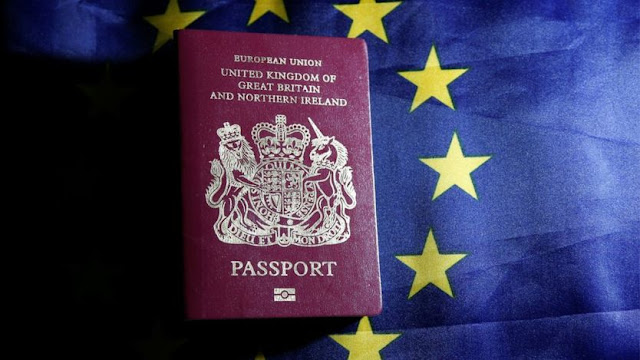 On Friday 24th June 2016 I woke up to the news that Britain had voted 17 million votes to 16 million votes to leave the European Union. I felt physically sick. I had a feeling of trauma and shock. Yes, it was that visceral. I had reasoned through historical context, the development of the European Union after the second world war, the development of an enormous economic bloc of European countries, which we are part of, that it was ludicrous and illogical to leave. I couldn’t see how  Britain could survive out of the Union. All those cultural ties, history, literature, music, drama, the flow of work, places to live, and of course holidays, tourism is big,  are magnetic, pulling us all together. Workers moving around the European Union and immigration have  caused stresses and strains. I  see that the  perception, true or false, of immigrants taking jobs and houses, the National Health Service being overburdened, were big issues that influenced the vote.  By working within Europe, other European countries are experiencing similar problems, we could start to work these problems out together. That was the way I reasoned my vote to stay in. I must admit now, that probably a large part of my shock that Friday morning was that I am risk averse along with my argument not winning the day.
But now we have voted out. There is no going back. It is of no use grumbling and looking to backtrack. Was the referendum legal? Were we told a bunch of lies which should make the vote null and void? Imagine if we did go back on it all. How utterly stupid, ineffectual, anti-democratic Britain would look. Through this vote the world has changed. All the arguments for staying in the Union are valid. I am not going to change my mind about what I thought before and if we had voted to stay in I think we could have worked on the problems. We have voted to leave and now we must forget about all those other arguments and look at the positive creative arguments for being out of the Union. There is so much that is positive. We can do this. It is very scary but we will make it work. We could actually be stronger and better than before. We have been wallowing in a recession and suffering an element of austerity far too long because of the recent Conservative government and now we have a  different Conservative government that sound considerably more sensible and realistic than the last lot. They are going to reduce austerity and start investing more. They are going to do what Labour promised at the last election.
I listen to radio 4 every morning. They have a farming section. British farmers produce about 60% of our food requirements, the rest is imported mostly from Europe. Farmers are now talking about increasing output so we have to rely less on trade for our food. The fisheries industries are talking about expanding now they will no longer be under EU directives.

Sadiq Khan, the Mayor of London is pushing for an immediate decision on another airport runway for Gatwick to help boost trade. The Bank of England has decided not to reduce the interest rate. The three ministers, Boris Johnson as Foreign Secretary, Liam Fox as Overseas trade secretary and David Davies as the minister for Brexit are preparing for a trade onslaught on the world. And, would it be all that bad if we can’t get similar trading terms with Europe ? Away from the EU we have more freedom to create our own trading agreements world wide. Europe can say what it likes but it’s got to live with us as well as we have to live with Europe. Boris Johnson is a buffoon of course, and reading in the Guardian there are stories about Liam Fox and David Davies. In a way all that doesn’t matter, does it? If they deliver on Brexit, that is what counts. It’s easy to rip people apart.

Immigration is not the problem it has been made out to be and never has been.Immigration and emigration will be controlled more carefully but there should still be a fluid movement of people working and living throughout Europe including the UK. That is the way the world works. The problem for the Government  is getting the numbers down to tens of thousands because they have promised that. A recent figure,330 000 immigrants coming into this country last year, is another one of those numbers manufactured from various elements none of which have been made clear. The numbers won't change: the government will find a way of interpreting them differently so that it will look as though they have reduced. It would be bad for Britain if immigration was affected adversely.Call me reckless. I am warming up to Brexit. I can sense a feeling of excitement growing.