Anniversary of The Battle of Britain (Howard Reeves.)

My Uncle Howard  was nineteen and a member of the Home Guard in 1940. He was not called up to the regular forces because he had a reserved job. He was a draughtsman, alongside his father, my grandfather, in Thorneycrofts, a local shipyard in Woolston, Southampton. They were building minesweepers and destroyers.
He died a few weeks after this picture was taken, on Sunday 24th November 1940 the day after one of the worst Luftwaffe raids on Southampton. He was helping to pull the dead and wounded from the rubble of a pub in Woolston, called The London Arms, when another bomb hit them. 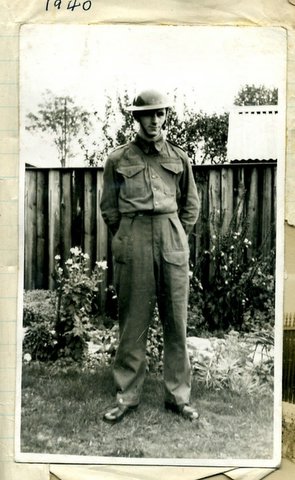 The lady who owned the dress shop opposite The London Arms, Mrs Adams, came out into the street after the last bomb had exploded which fatally injured my uncle. She climbed in through her own shop window that was smashed and broken and tore material from dresses she had on disapply to tie tourniquets around my uncles many wounds. She could see he was bleeding to death. She tried hard but couldn't save him. She spoke to my grandmother later about it. My grandmother had been expecting Howard home and had prepared his favourite meal of fish and chips. I often had fish and chips cooked by my grandmother in later years. The policeman who came to my mother and grandparents house later that day to tell them about their son was in tears. He cried uncontrolably. My grandparents house was the sixth he'd been  to. 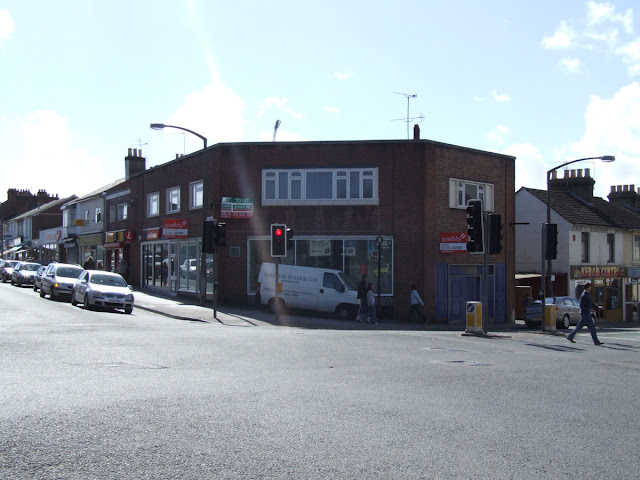 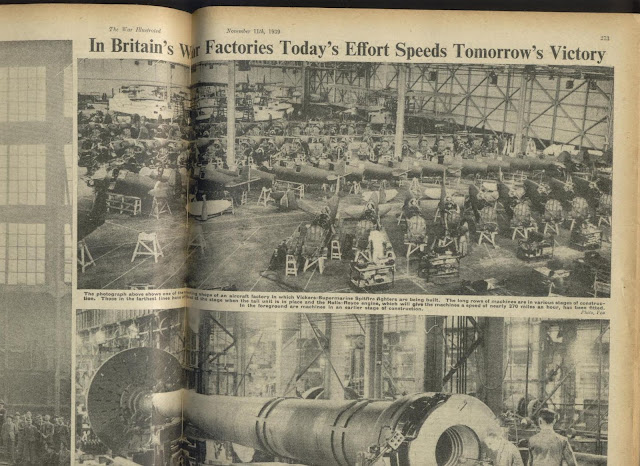 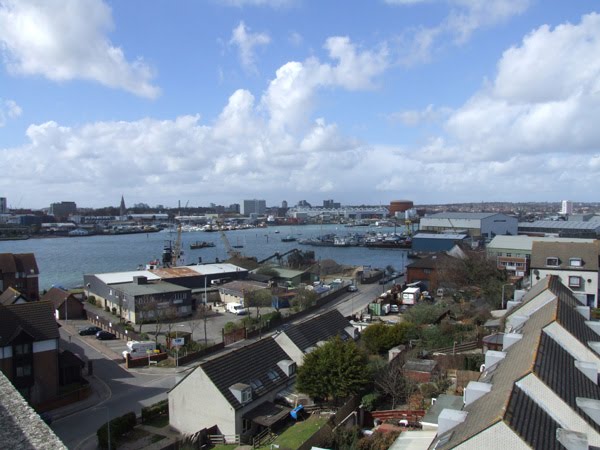 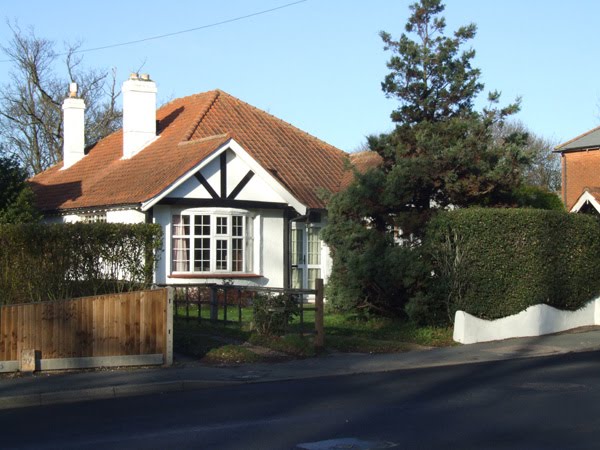 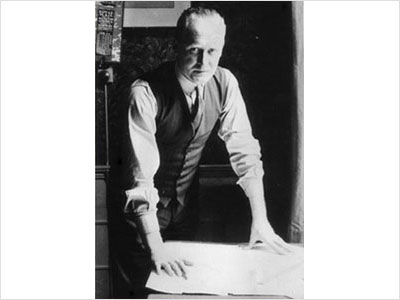 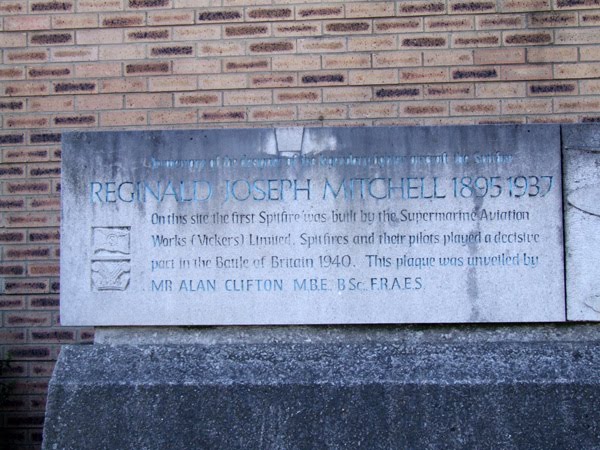 
My grandmother told me how on another night the sirens once again had sounded. She was standing in her back garden in Longmore Avenue when a German Bomber flew low overhead.She looked up into the pilots eyes. She yelled out to everybody, " I can see him. He's looking at me." He was being chased by a Spitfire sent up from Southampton Airport and was flying low over housing to protect himself. The Spitfire pilot would not have shot up houses and gardens to get him. The German aircraft was later shot down over the New Forest. 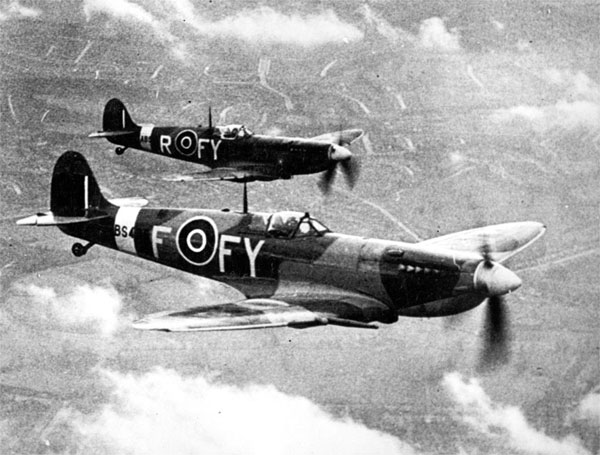 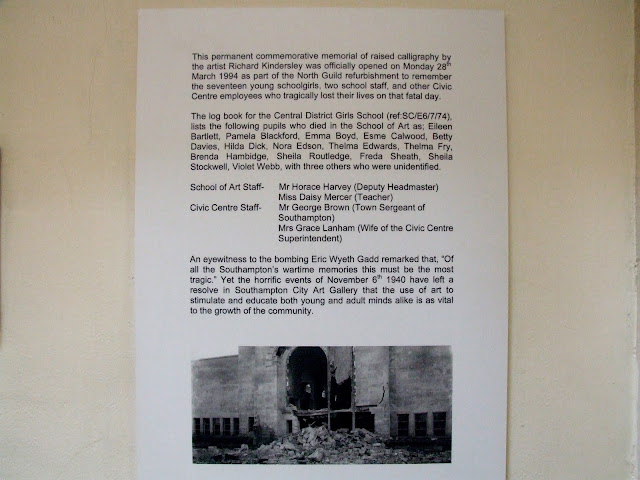 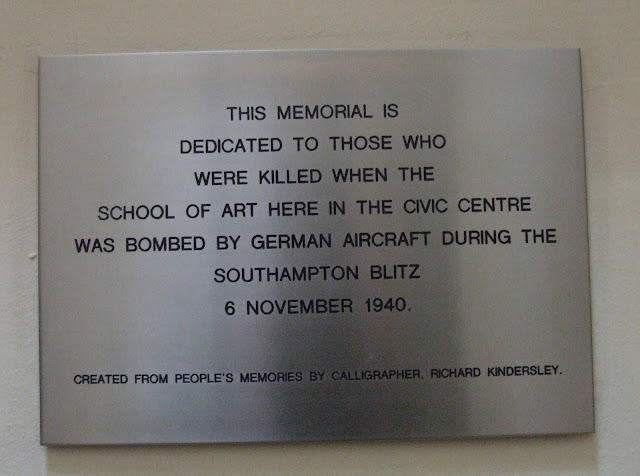