I wrote about my adventure on the Northern Line in my diary today. So here are my diary pages with some photographs.
I hope you can read my handwriting? It is a mixture of  cursive and italic styles.As a child I was taught a cursive style. Over the years, teaching in various schools that had differing handwriting policies, I have had to adapt my handwriting to fit what each school required. I can write in a few styles now but I have to consciously make an effort to keep to one style. My own handwriting, performed almost at an unconscious level, has now become a mixture of  different styles.

My day on the Northern Line, Morden to Edgware. 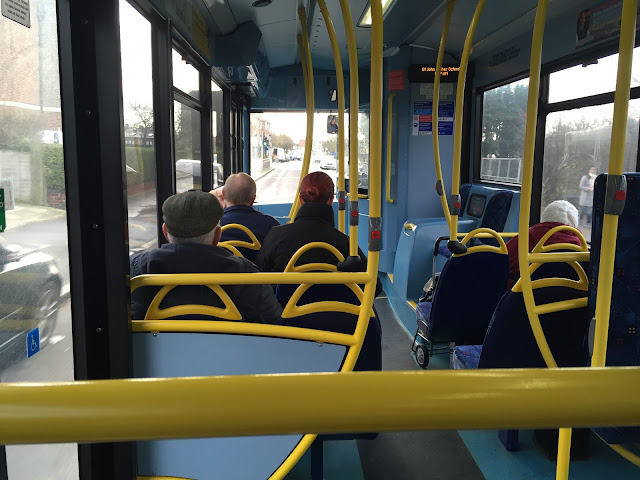 On the 163 bus to Morden travelling along Grand Drive from Motspur Park. 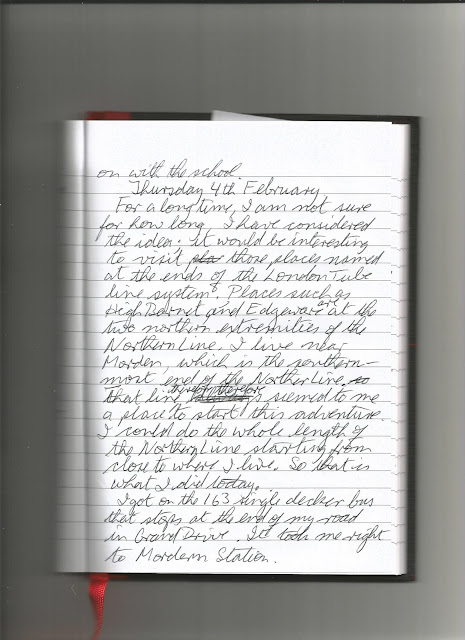 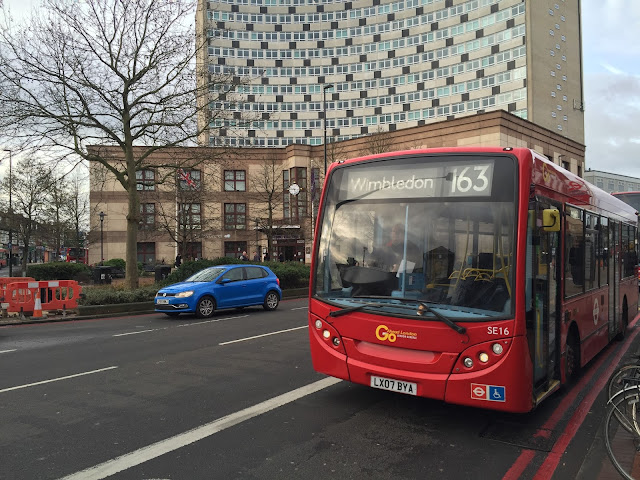 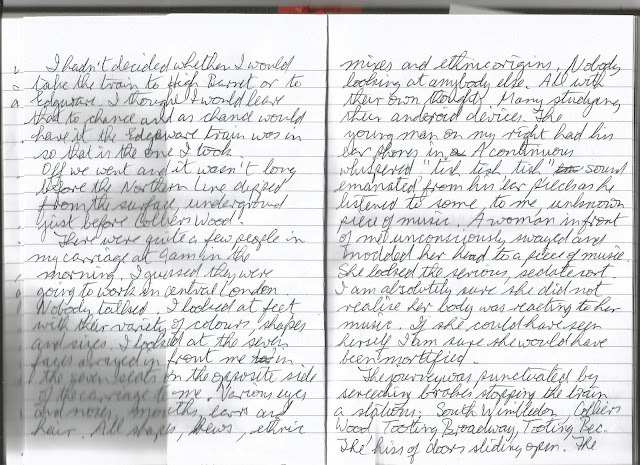 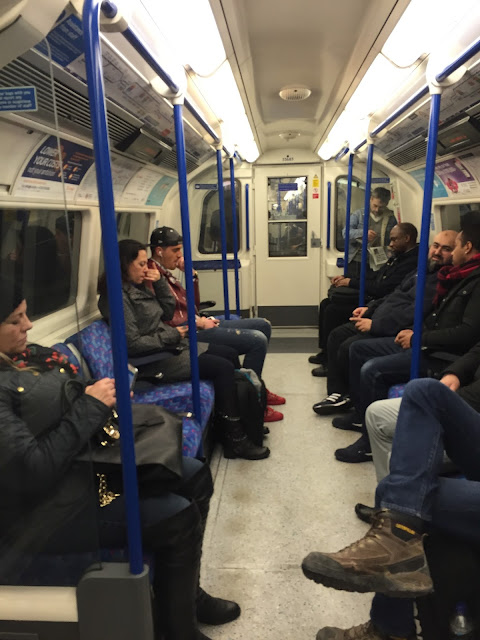 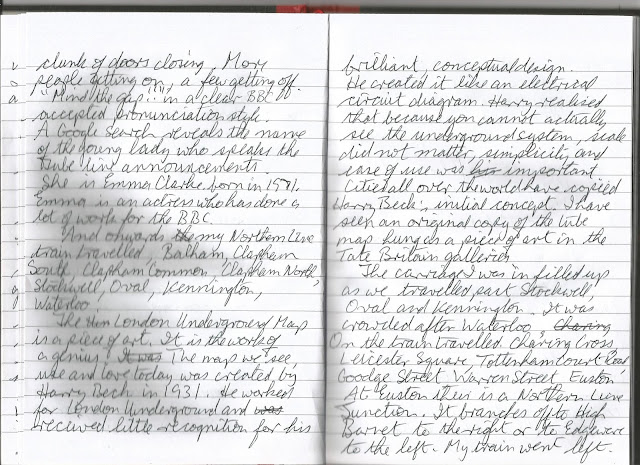 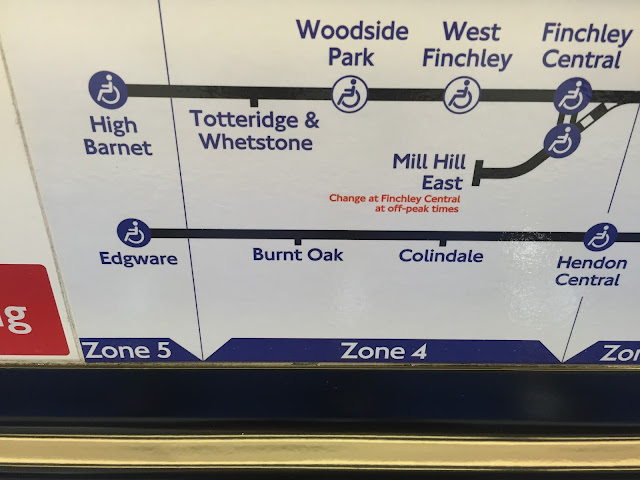 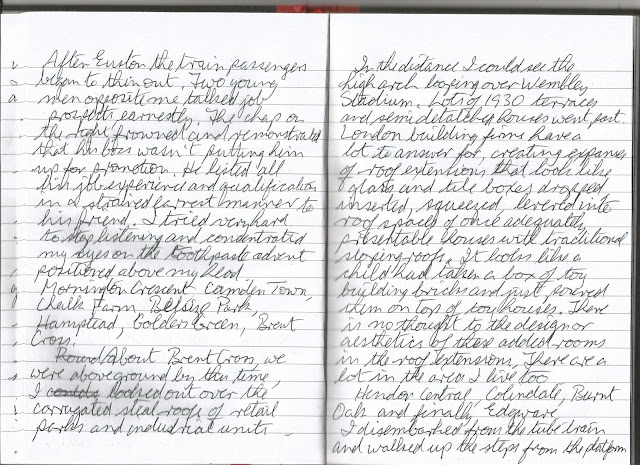 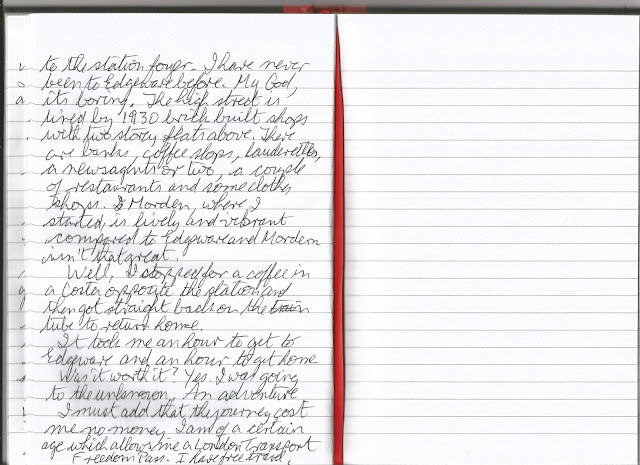 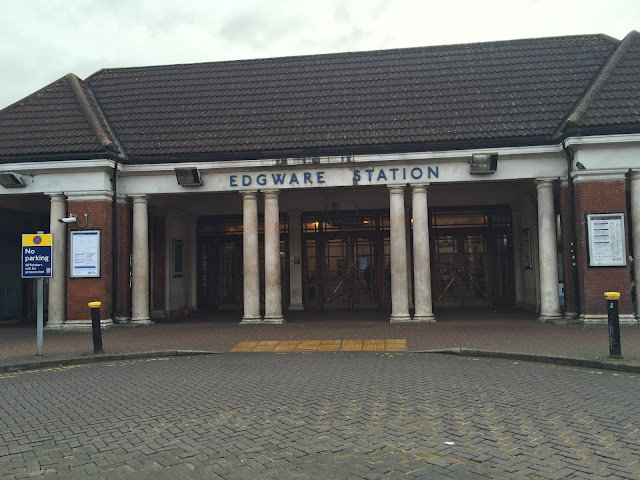 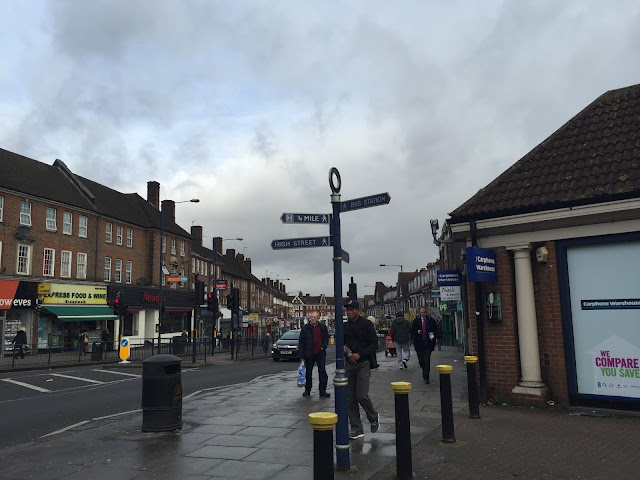 
A short history of the Northern Line:
The Northern Line was created from three different companies in the 1920s. The Stockwell to Borough section is the oldest deep level tube section on the whole tube system opened in 1890.

The Northern line has various branches, which I discovered yesterday, There is the southernmost branch leading from Mordern to Waterloo. There are two central branches, one going via Bank Station and taking in the eastern part of the city and then there is the Charing Cross branch which includes the West End.The two northern most branches of the line split at Euston Station, one going to Edgware and one going to High Barnet.

The different sections of the line allude to the various railway companies that once owned the different parts of the Northern Line. The City and South London Railway Company, the C&SLR, began the original Stockwell line in 1890. The Charing Cross, Euston & Hampstead Railway, the CCE&HR, opened a line in 1903 from Charing Cross to Highgate.
In 1913 the Underground Electric Company of London, the UERL, who owned the CCE&HR took over the C&CLR but ran them as two separate lines. In 1920 a new tunnel was dug and the two lines were joined to make, The Northern Line.

At present there are plans to extend the Northern Line. from Kennington to Battersea. From recent negotiations between London Transport and the tube workers unions, mostly about safety for employees, pay and conditions, which has been long going and arduous,  a twenty four hour ,"Night Tube,"will run on Friday and Saturday nights from Edgware and High Barnet to Mordern via Charing Cross. 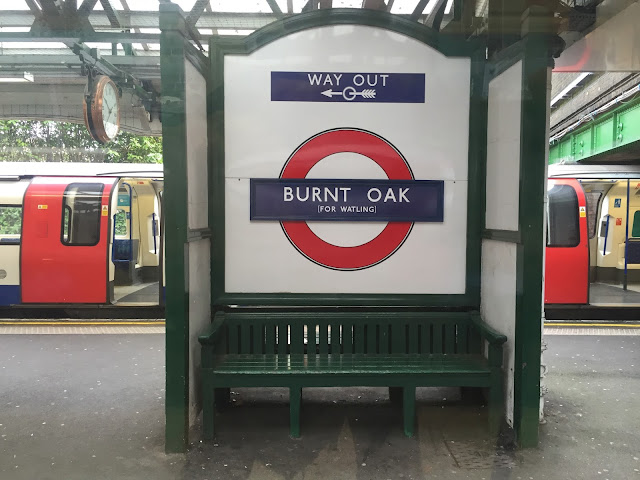 The London Underground font:
This is the sign for Burnt Oak Station. Burnt Oak is the penultimate station on the Edgware branch of the Northern Line. The font used for the London Underground signs was developed especially  for London Underground by Edward Johnston in 1916. It is a modern, simple and fresh lettering.It is  as direct and clean cut as  when it was first introduced in 1916. Transport for London owns the design and copyrights for all cuts of the New Johnston font. Other versions of the font such as the Johnson Delf Smith typeface was developed for some historical signs.

What of the future?
The Northern Line provides a link between north and south London.It works at full capacity being one of the busiest tube links in London. Over the decades and centuries it has been in existence it has provided access for people to get to jobs within the city in the banking and insurance sectors and has provided links to the entertainment industries in the West End and also the retail sector centered on Oxford Street and Regents Street. Jobs, businesses,the creative sectors such as the arts, museums, theatres and concert halls , leisure and education have all been served by providing quick travel from north to south London. London is growing and expanding at an enormous rate. More jobs and more industries need to develop and grow. The present tube and transport network, being at full capacity, needs to be expanded and modernised to meet these 21st century demands. Crossrail has been recently completed from Heathrow in the west  to Canary Wharf in the  east. It is a fast, high volume and modern expansion to London's transport system. Crossrail 2, is now planned and in the process of being constructed from South London to North London to create a much more efficient and high capacity, "northern line." Here is the Transport for London's description of the benefits provided by these new and faster crossrail networks.

"The key transport aims for Crossrail will support delivery of the objectives set out in the May 2010 Mayor’s Transport Strategy, namely to: • Support sustainable economic development and population growth by increasing transport capacity, reducing congestion on the transport network; • Improve transport connectivity through journey time savings; and   • Bring wider benefits including: enhancing accessibility (including those with restricted mobility) thereby improving people’s access to jobs, schools and other locations; improved transport safety with reduced road accidents; and environmental improvements; including a reduction in C02 emissions; 2.3 Crossrail will also support the delivery of objectives set out in the DfT’s Business Plan, namely to: • Support a transport system that is an engine for economic growth but one that is also greener and safer and improves quality of life in our communities; • Improve the links that help to move goods and people around; • Secure the sustainability of the railway and create capacity for improvement of services, by addressing the high cost of the UK railway compared with other railways and comparable industries; continue to invest in Crossrail and London Underground upgrades in the capital. Supporting London’s growth and relieving congestion."

The old Northern Line has provided access for Londoners, north and south, in the past and the above is a good description of what The Northern line has provided until now but on a smaller scale. The new Crossrail is intended to carry these  benefits, at an increased rate, forward into the 21st century.
Posted by TONY at 10:32:00 2 comments: