White Heat
The BBC have commissioned a new six part drama about our lives at the end of the last century. Originally they had the idea of a programme that covered the last three decades from the 1980’s to the present day, however the script writer, Paula Milne, felt that what she was writing about was very much about the arc of her own adult life Her adult experiences began in the 1960’s. So the programme starts in 1965, a year of social revolution and The Vietnam War and the funeral of Winston Churchill was on our screens in Britain, when the world was changing and our lives would never be the same. The title takes it's name from a speech by Harold Wilson in 1963 who spoke about the implications of technological change and how Britain was going to be “forged in the white heat of this revolution.”
What compelled me to watch this first episode, aired on the BBC on Thursday 8th March, was the programme description for the series. It seemed to describe my own experiences in a weird sort of way and many of the historical events that have happened in my life. I felt an enormous magnetic pull enticing me to watch. I can imagine this must have been the same for many of my age group and of my generation. I’ve not looked at the viewer numbers for the first episode, but I can imagine!!! The cast list looks very impressive. The series covers fifty years in flash backs therefore, there are older actors and younger actors who play the same part. The cast list includes the excellent Sam Claflin, who plays Jack one of the leads and who has revolutionary ideas about the way society should be, then there is the mesmeric Claire Foy, who is Charlotte, with those hypnotic eyes, Jeremy Northam, Lindsey Duncan, Tamsin Greig, Juliet Stevenson and a whole cast of young and older actors who are quite superb. The acting skills alone will keep this series strong.

The young cast of White Heat.
The first episode called, The Past Is A Foreign Country, starts in the present day with Tamsin Greig, who plays the older Charlotte, going back to the flat the students shared in the sixties. The owner has died and left the flat and his money to the old flat mates in his will. It is presumed that the dead person is one of the original flat mates too. The fact that none of them has seen each other for more than twenty years adds to the twist. In Charlottes imagination we flash back to the sixties. Jack, played by Sam Claflin, is setting up a flat for a social experiment. His father has bought him a flat while he is a student at one of the London Universities. His father, played by Jeremy Northam is a conservative MP but his son Jack has revolutionary thoughts and ideals. He is a follower of Chez Guevara and Marx. Just this little strand, father son relationship, illuminates the conflict between the parents and youth of the sixties. One of the biggest revolutions was the rift that happened in those days between parents with their very old fashioned ideals that came almost out of the Victorian period and their children. In this programme you can see it in the scene where Claire Foy leaves home going to university. She walks out of the front door of her middle class parents 1930’s house in the suburbs wearing a two piece tweed skirt and jacket, carrying a bag. As she drives off in the taxi she changes into a mini skirt and puts on a brilliantly shining, bright red PVC coat. The transformation and rift from what she has just left to where she is just going is graphically illustrated.
Jack, advertises the rooms in his flat, in an old Victorian terraced four story with basement property. Just this one aspect gripped myself and Marilyn. We used to live in a flat exactly the same when we first ,”shacked up,” together after university, on the top floor of an old Victorian pile in Surbiton in the 1970’s. Jack's advertisement stated that he wanted people to live together to conduct his social experiment . Claire Foy’s character turns up alongside a whole host of varied characters straight out of the sixties for interview. Jack chooses his mix carefully. They are all students, but each one fits a certain category of English society at the time. There is the Jamaican student who has very little money, Claire Foy is middle class from the suburbs, there is a an Indian student, a fat girl with a northern accent and a bespectacled jumper clad lad with a side parting to his hair who does chemistry at Imperial College and so on. Jack brings together a cross section of the type of people who went to university in the London of the time. He sets the rules for the house. Jack pronounces that there will be no lasting sexual relationships. Nobody is allowed to have sex with each other on more than three consecutive nights. A silence ensues and the girls look at each other. They have told their parents that they are going into a flat, which comprises only girls. One of the things that is subtle but actually right on the nail is the lies that we told our parents or rather what we didn’t tell our parents in those days. 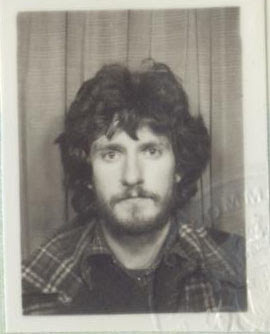 Me in the late 60's.
The programme has the backdrop of the Vietnam War, demonstrations and the music of The Who, My Generation and the Rolling Stones, I Can't Get No Satisfaction. Claire Foy goes to her doctor to ask for the contraceptive pill. She wears a brass curtain ring on her wedding finger. The doctor asks if her husband agrees to this. Claire Foy says that she can make her own independent decisions and the doctor ,”humphs,” and has a rant about young girls not deceiving him by wearing false wedding rings. The law at the time in Britain was that only married women could get the pill. He gives Claire Foy the prescription she wants.

Back at the flat a TV programme going on in the background shows Joan Bakewell interviewing women on both sides of the argument over sexual freedoms. Joan Bakewell to this day, she hasn’t aged at all by the way, still produces documentaries and hosts discussion programmes about many and varied social issues. Long Live Saint Joan!!!!!!!!!!!!!

Joan Bakewell in the 60's.  She hailed from Newnham College Cambridge.

The flat is a star in the programme. Marilyn and I remember clearly within the flat we shared with friends straight out of university, the floral, peeling wallpaper, the ancient gas boiler in the kitchen that leaked, the kitchen cupboard doors with flaking paint and rusty hinges and the small fridge packed with gone off milk and mouldy bread. When Jeremy Northam visits to see if Jack wants to come to Churchill’s funeral, as an MP, he has a ticket for Jack to attend the funeral at St Pauls. One of the flat mates offers him a cup of tea, which he gingerly accepts after sniffing the milk in the bottle.

One scene shows Claire Foy at night lying in bed under a duvet. Were duvets introduced into Britain in the 60’s? She reads Lady Chatterleys Lover and appears to be getting rather flushed. Duvets!! they are part of the sexual revolution surely.

So in this series we will recap our very own lives, pot smoking, sexual freedoms, clothes, music and new ways of thinking socially and politically. Were the sixties the greatest revolution we have ever had? Looking at my life now and what life is like today, yes there have been many many changes but have these changes become conservative in their turn creating just as wide a gap between us and our own children as there was between us and our parents?
I can’t wait for the next five episodes, a lost world.

This is not a terrorist poster. It is not some disgruntled Americans having a go at us aloof English.

It all boils down to rugby.

The Welsh beat us the other day at Twickenham and won the triple crown in the process and it seems they want to carry on!!!!!!!!!Ha! ha! 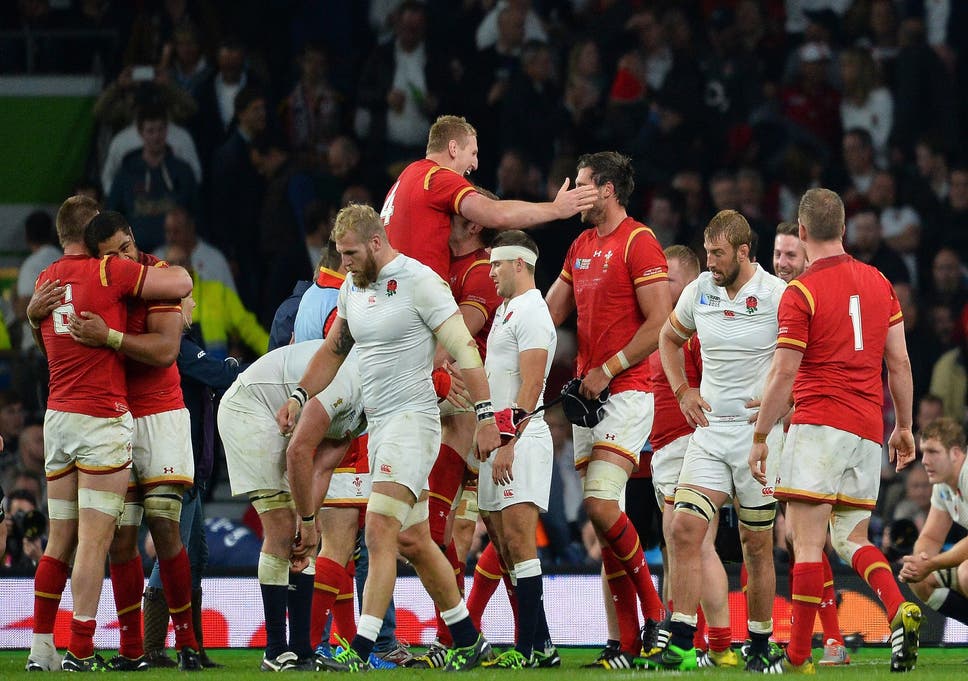