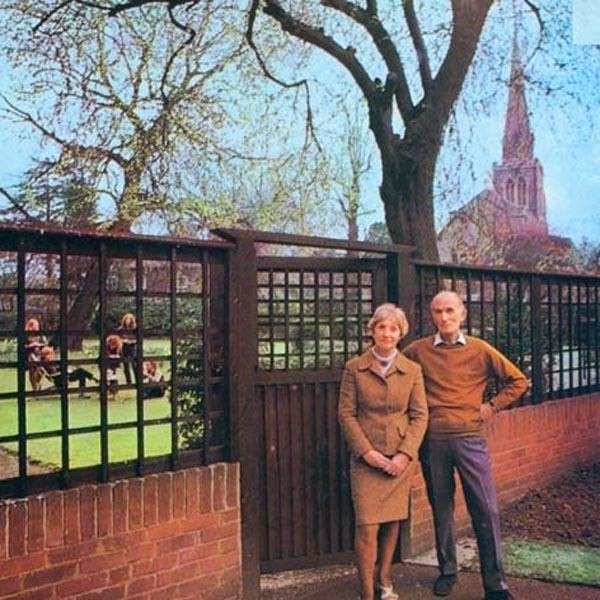 The picture on the Fairport Convention album cover UNHALFBRICKING (1969)

The album cover to Fairport Convention’s second 1969 album UNHALFBRICKING shows a rather traditional, apparently timeless English scene. A middle aged couple, conservatively dressed, are standing before an English scene consisting of trees, lawn and a fine example of  a church  depicting  traditional English church architecture. A sense of  calm and continuity is created. The year of the album, 1969 was the year Harold Wilson,at the Labour Party Conference in Scarborough, made his, “White Heat,” speech about the vital importance of technology and science for the future prosperity and development of Britain, . Bob Dylan and friends had recorded  the Basement Tapes by 1967. Germaine Greer, published The Female Eunuch the year after in 1970. Charles Manson and his, “family,” committed terrible murders in California in 1969. The Vietnam War had been raging since 1955. Jenny Lee, the Minister of State for Education under Harold Wilson enabled the Open University to be created opening up degree level study and the consequent work, social and economic opportunities to a strata of society that had never considered a University education before. The Maharishi Mahesh Yogi was promoting transcendental meditation. Sexual liberation was being practised. Social and personal experimentation were the driving forces of the time. 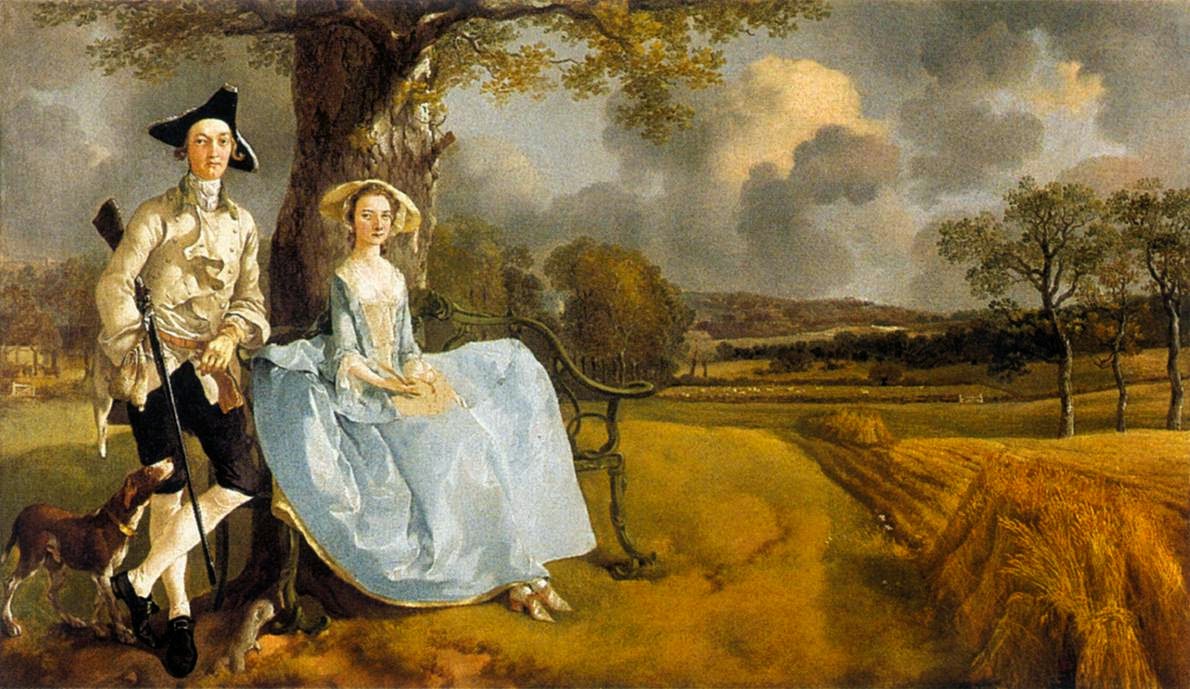 The photograph on the front of the album has many Rennaissance influences. There are strong directional lines created within the picture leading the eye to various points. In the foreground the fence and wall take the eye from the upper left  of the picture, gently sloping away to a focal point low on the right of the picture. The, “half brick,” divide, created by the brick wall and the latticed fence on top of it, create a  barrier between the foreground and the background.  The tree just behind the wall, slightly off centre, compartmentalises the scene. It appears to separate the church from the rest of the picture. The spire of St Mary’s church in the background points heavenwards. The grid pattern, Renaissance artists experimented with grids and perspective lines to create and structure their paintings, produces the effect of showing us individual portraits of the band member. The central focal point of the picture is the slightly open gate between the foreground and the background. Is the gate opening or closing? The portrait of Edna and Neil Denny, Sandy Denny’s parents has a little of Thomas Gainsborough’s painting of Mr and Mrs Andrews about it. Gainsborough showed a wealthy landowning couple standing to one side of the painting showing off their estate in the same way as Edna and Neil reveal their garden to the observer.Even the arm and hand gestures are similar. Neil Denny, crooks his elbows as does Mr Andrews and Edna Denny's hands hold each other in a demure pose just as Mrs Andrews hands hold each other in her lap. 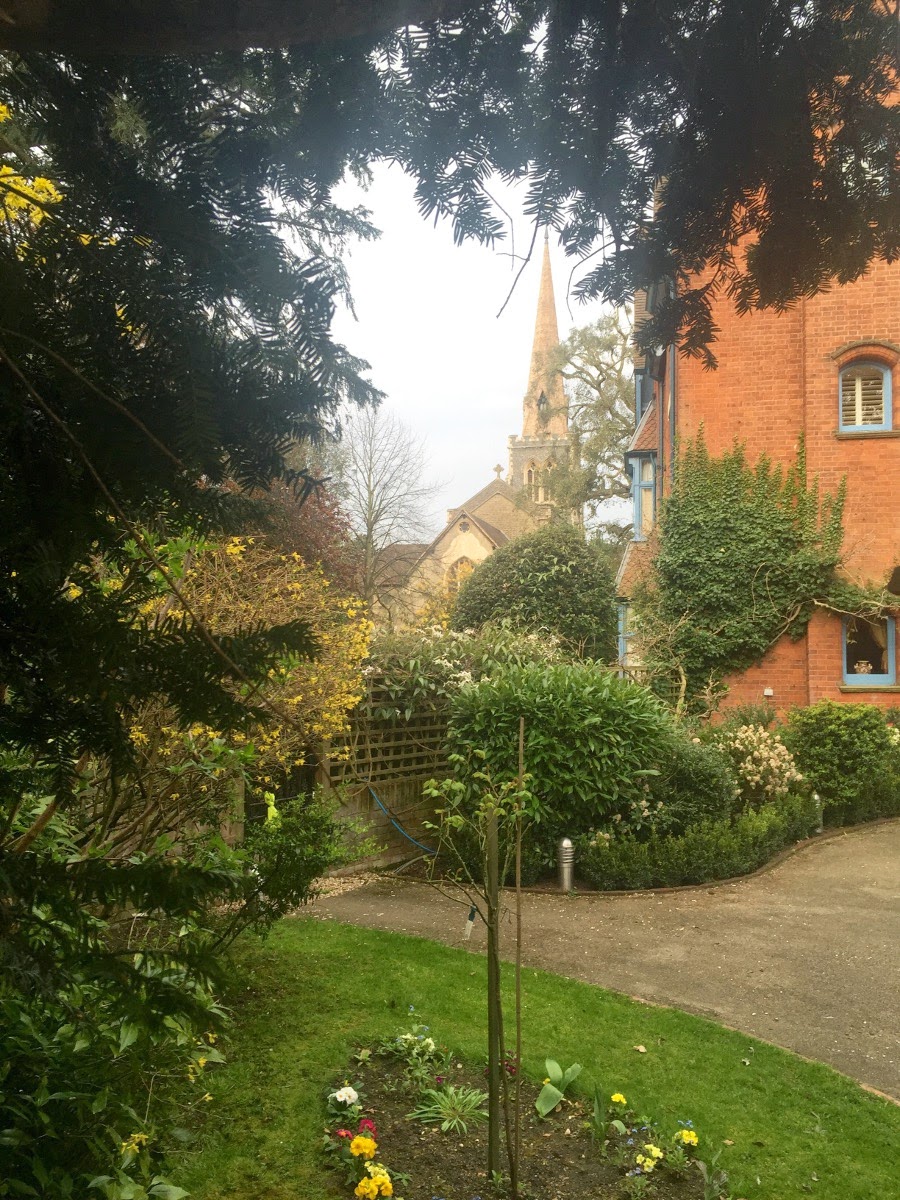 The same scene as the front cover fourty six years later.
(The address is 9B Arthur Road Wimbledon.)

This combination of using an art vocabulary from the past in a modern setting links with the music on the album. Reviewers have written that Unhalfbricking is an album which  links the past with the present in folk music. It is a combination of old folk music and its traditions with new ideas of rock music creating a new genre, folk rock. On different tracks Sandy Denny sings with the traditional folk singers tone and the group harmonise in a traditional folk manner. On other tracks she has a clear unaffected singing style more in common with a rock singer. This is most evident in the only track that is a traditional folk song on the entire album, “A sailors Life.” During the track, rock elements are introduced, two worlds come together.  Many of the tracks on the album are by Bob Dylan from his renowned, “Basement Tapes,” which were recorded up to 1967, such as Si Tu Dois Parter, which interestingly the members of Fairport Convention translated into French. Dylan’s original title was “If You Gotta Go Go now. “Whether this was an oblique support by the members of Fairport Convention for Britain joining the European Common Market which it did do in 1973, I am not sure. There is also, Percy’s Song, by Dylan, and on the recent publication of the album  two extra tracks, both either written or influenced by Dylan, Dear Landlord and Ballad of Easy Rider. The opening track, Genesis Hall, was written by Richard Thompson as was a Southern United States style song, Cajun Woman. Sandy Denny introduces her well known song, Who Knows Where The Time Goes, and also a song called, Autopsy. In many ways it is an experimental album trying out new ideas and using different influences. Listening to it you can understand where Fairport Convention were leading. Dylan was castigated by the traditionalists for turning to the electric guitar rather than continuing with an acoustic sound. Fairport Convention were trying out the route Dylan was taking too.

In 1969 feminism and sexual liberation were two of the great social forces of the time. Germaine Greer published The Female Eunuch in 1970. The pill was available. Having sex was prevalent outside marriage and women were being encouraged to not only have fun and enjoy sex but to take the lead too. Abortion was an option and there were shows of public nudity. This did not only happen at music festivals. I remember a news headline in a local paper with an companying picture of a naked woman streaking across Kingston Bridge. Women were going to university and getting an education. Men were encouraged to become, what was termed as, equal partners, house husbands, and take an equal share in looking after the children. I have changed my fair share of nappies!!!!!. Equality was being explored. The world seemed to be changing fast. The picture on the front cover of Unhalfbricking makes a powerful commentary about feminism and sexual liberation. Sandy Denny’s parents, Edna and Neil Denny at the front of the picture portray the past and conservatism with a small c.  This is a view of relationships from the past. The wall, the half brick barrier behind Edna and Neil, separates them from their daughter Sandy and the members of Fairport Convention. The band all wear long hair, men and women both. They wear clothing influenced by India and the United States, jeans and caftans. Sandy Denny,is a female member of a group that is all male apart from herself.. At the time of the picture she is travelling the country, playing at gigs with these men. She is living the liberated life.  I mentioned before, I wondered if the gate is being closed or is it being opened. It is open at the moment. Does this mean there is still a link between her parents ideals and beliefs and the new social revolution that is going on? 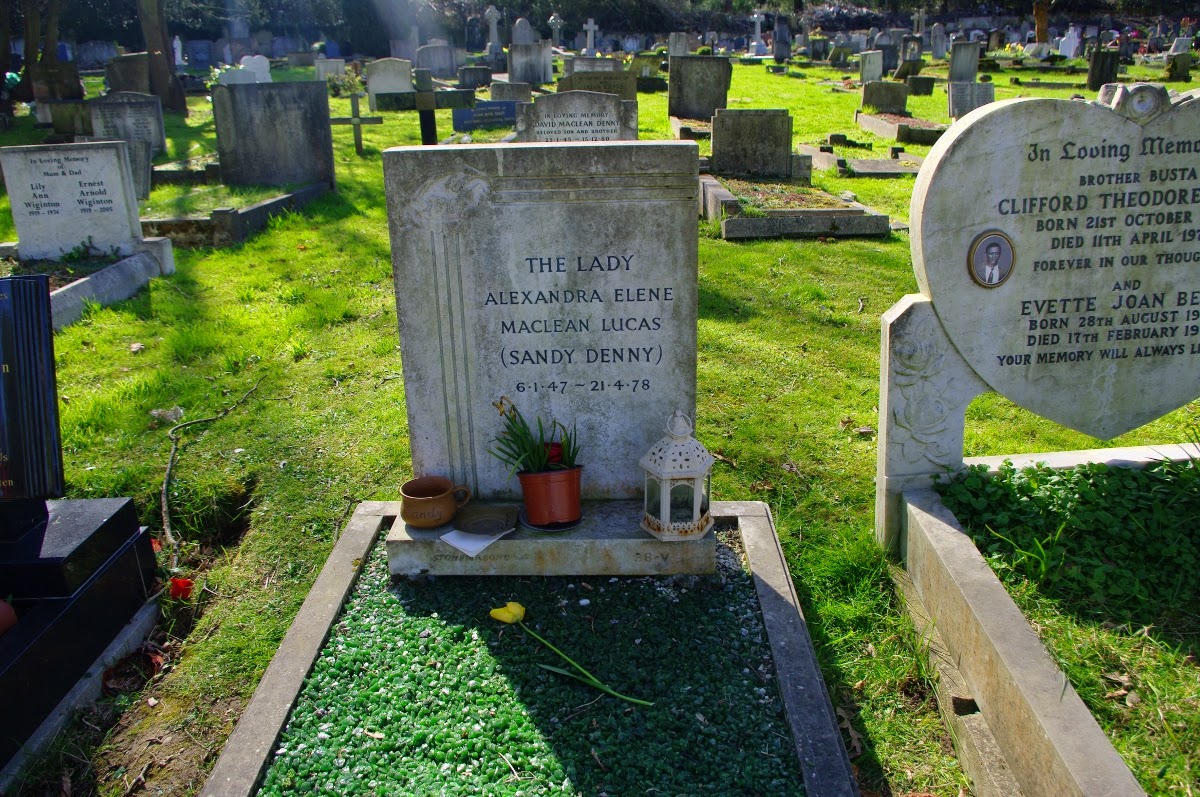 Sandy Denny died after falling down stairs and hitting her head.She was only 31 years old. Here is her grave in Putney Vale Cemetery, South London.

The church, St Mary’s Wimbledon, in the top right of the picture, isolated from the rest of the picture by the strong lines of the tree, is evocative of the established religion, the established order. To illustrate how little unchanging the world had been up to this point  we can consider the history of St Marys. The church is first recorded in 1086. There are remnants from each subsequent period within the fabric of the church. Some medieval oak beams have been found in the structure. The Georgians developed it further and then in the 1860’s Gilbert Scott was commissioned to redesign it and expand its size to take a further four hundred seats and he also  built the 196 foot spire. Within its structure are parts of all the historical periods of church architecture. Scott clad the outside of the church completely in flint so it looked like one complete entity. The population grew but basic beliefs  and attitudes about the world and society remained similar. However by 1969 Britain was actually becoming more and more multicultural. People such as the members of Fairport Convention were experimenting with new ideas of religion and culture. They were not sticking with the old beliefs caricatured by the church in the picture. They were looking at the world with new eyes which are reflected in the lyrics of their songs. The Maharishi Mahesh Yogi was not only bringing transcendental meditation to the Beatles but many other young people of the time were trying out these new ideas of philosophy, spirituality and self-discovery. This idea of spirituality, self discovery and mind expansion, replacing the old ways of the established church, included drug taking. Sandy Denny was to be affected greatly by this. Drugs and alcohol probably contributed to the terrible accident which brought about her untimely death at the age of 31. In a way the church in this picture is a symbol of tradition and the past and is a strong symbol of  what was changing and passing away.

In contrast to this picture,of  middle class timeless  England there was another opposite image in the Wimbledon of the time. The Vietnam War had been raging for the previous fourteen years and still had another six years to go. On a brick wall beside the railway line, as the train entered Wimbledon Station from the South, there was daubed the slogan, “America will be defeated by the Viet Cong.” How the graffiti artist knew that, many years before the end of the war, is difficult to discern. It was obviously a new way of looking at the war.

The title of the album, the second album they released in 1969, is apparently the result of a game the band often played while returning from concerts. Sandy Denny invented the word during a game called, Ghosts, a word creation game. The rules stated that you had to form non-existent words. The use of the prefix un  as with the word, unknowable, or unlikely and all the other words beginning with un, it creates the opposite meaning to the root word. Perhaps Sandy Denny in her use of the prefix, un, knew something about removing barriers such as the “halfbrick,” barrier in her parents garden. Perhaps the gate is being opened and not being closed. Perhaps the gate to the old style of folk music is still being left open and not being closed in this album.

Just after the recording of the album, Martin Lamble , the groups drummer,  died, at the age of nineteen. The band was travelling from a gig in a van, which crashed on the M1. Eric Hayes was the photographer who took the picture. Joe Boyd, the American record producer who produced Fairport Convention at the time, later said that the photograph for the cover was taken in early spring just before the crash.