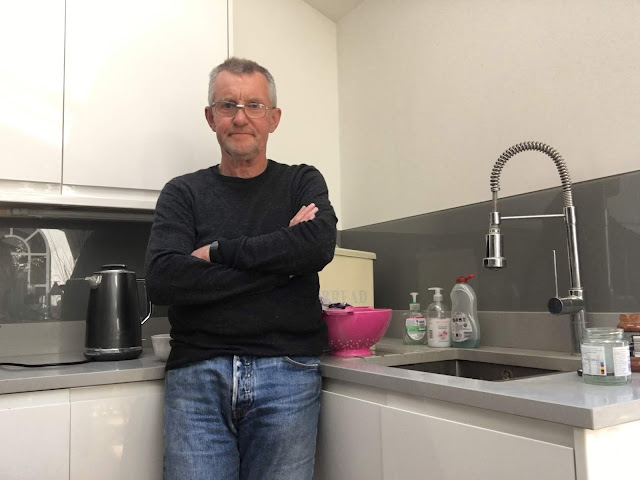 Making my next cup of coffee.

My mother is 95 years old.  Mum remembers her youth and childhood more than she does  yesterday or today. One subject I  talk to her about  is her teenage years, which of course she lived through during the second world war. If the discussion turns to the recent queues at supermarkets and the shortage of toilet paper and the empty shelves that occurred at the onset of this pandemic my mother invariably says, “ we were better off when we had rationing.” I invariably say, “why mum?” And then she relates how she always had enough to eat and that her diet was varied and balanced which kept her fit and healthy. Then I ponder the idea of, “just what I need and no more,” and feel guilty. Of course , in “The War,” they were repelling bombs and armies which they could actually see.They could create defence systems which could work sometimes.

The ,Coronovirus is something we cannot see and have no defence for. I have been Googling information about it. The virus is made up of unimaginably tiny spherical cells that have a corona of hammer headed spikes surrounding it which can attach them selves, like super glue, to  cells in our lungs.  This virus enters our lungs and respiratory system through fine vapour caused by coughs and sneezes and the exhalation of breath from  somebody infected. What can we do? Wash our hands, (soap removes the waxy surface of the corona cell and destroys it)  stay at a distance from people and stay home. That’s the advice.

So how are you spending your days?

This ,”staying at home,” has given me the opportunity to indulge in reading novels even more. I read sitting under a sun shade on the patio, lying on my bed at night, lieing prostrate on a sofa in the living room, lieing prostrate on a sofa in our kitchen, sitting at the dining room table. Reading takes you places. I have turned to Charles Dickens in this time of plight. Nicholas Nickleby is a chunky novel. My Penguin version is 777 pages. I am just over 600 pages in and slowly making my way through it. I am a slow reader.  In some ways Nicholas Nickleby reminds me of The Lord of The Rings. The powers of evil ranged against the powers of good. A bit like the coronavirus pandemic, I suppose. Chapter 41, by the way, is the weirdest few paragraphs I have ever read. I got to the end of that chapter and just mumbled to myself, “that’s weird, that’s weird.” Chapter 41 haunts me. Well we need to have something to take our minds off things. Dickens is always quirky to say the least and his powerful imagery is an antidote for our times.

I am a running addict; always have, always will, as long as arthritis doesn’t get to me. The weather has been brilliant. Most days have been sunny. I start my day by taking the pills. Who is not on statins at our age? I eat a piece of toast and thick cut marmalade. Once I have had a chance to walk about a bit, my leg muscles loosen up and I feel up for a good jog. I  walk to my local park, The Sir Joseph Hood Playing Fields, every morning. I then proceed to run four laps of the park. I was getting a little bored with that so I started adding a lap of the local cemetery, which doubles up as a nature reserve, until they padlocked the gates. Why? I enjoyed jogging past gravestones and reading people’s names and wondering about them.So I have invented creative ways of running round the park. I do an OXO route some days. OK that is running round the perimeter, that makes the, O. Then I cross the park diagonally and run across the top of the park ending this lap by then running across the other diagonal. That makes the  X. Finally, I run one more lap around the perimeter. That’s the second O. I have also mixed it up a bit doing an XOX and an XXO. Life is interesting.

I often see the same people each day in the park, dad’s with sons and daughters having a kick about, couples walking, single joggers, cyclists and those who like to meditate cross legged in the middle of the field.  One family were walking towards me and their dog ran at me barking excitedly. Apparently the dog was attracted to the large red tongue on my Rolling Stones tee shirt. A mother who scoots   round the park followed by her young son and daughter also on scooters, has taken to saying ,"hello," to me. I have no idea who they are.

My hair  has almost turned entirely white. I am thinning out on top but , on the whole, I still have a reasonable head of hair and to say the obvious it grows. Recently I was thinking, and Marilyn, Emily and Abigail were telling me, that my hair needed a cut. Kamis, my local hairdressers in Motspur Park is closed. As far as I know all hairdressers are closed. I started looking online to see if I could buy some electric hair clippers. Emily was keen to have a go at my head.Many of the clippers Amazon sell are suddenly out of stock. My hairdressing plans were obviously not a unique idea.  I eventually bought some from Argos. I drove over to Argos in South Wimbledon after I received  an email from them telling me they were ready for collection. The queue was long. I stood within my two meter zone of course wearing my plastic gloves and white face mask sounding like Darth Vador every time I breathed. It took me twenty minutes to get into the shop, located in the Sainsburys Store, one minute to pick up the hair clippers  and a further ten minutes to queue to get out of the shop. Emily indeed, enthusiastically cut  my hair off, using a number 4 height level. Not as drastic as it sounds.  The hair cutting made a mess all over the kitchen floor. I was convinced my hair wasn’t evenly cut and my immediate reaction was never to meet anybody for the next month. Oh, that was already organised of course. Since washing my hair I have decided it looks fine.  The clippers cost £30. A haircut at Kamis  costs £10. Two more cuts and I will have broken even. With practice, Emily might get really good at it and I might never have to go to a hairdresser again. So, I have had a,”lockdown haircut,” and I am proud.

Until I have been kept indoors by  this pandemic, I had never heard of ,”ZOOM.” The onomatopoeic  word of course but not the conferencing site ZOOM. Up to 100 people  at a time, can appear on the screen and  talk to each other. It would be mayhem of course if that really happened. Some sort of rules have to be agreed on first. I have taken part in four ZOOM meetings so far and I must say they have been amazing. Not as good as being with people in the flesh but almost. The first two ZOOM meetings I attended were with people I used to go to school with, from over fifty years ago. A reunion no less.Of course some of them are friends I see nowadays  but the connecting factor between us were those distant school years.I have had a meeting with two other fellow Janeites who live in Virginia in the US.  I have also attended a ZOOM  talk about Jane Austen’s life in Southampton given by Dr Carol Butler a historian and academic. October Books, an independent bookshop in Portswood Southampton, organised and advertised the talk.. Seventy people attended this ZOOM meeting. We had to mute our microphones and only post questions by writing them in a text box at the bottom of the screen. It worked really well. There were people from European countries and many from the US too. The only thing you have to coordinate are the world time differences but everybody can easily work that out for themselves. Just as long as the meeting is not arranged for the middle of somebodies night.

So, what other changes have been happening to me and mine? Every Thursday evening at 8pm Marilyn and I have walked out of our front door and with all our neighbours clapped and cheered for the National Health Service and all the  key workers who underpin our lives and keep us going. Most importantly there is the process of buying food. Emily, one of my daughter’s volunteers for that. She stands in a long queue outside of our local TESCO once a week, keeping her social distancing and wearing a mask. I have begun to notice the   sounds of birds in the morning. There are no cars about. I have painted our garden fence, demolished an old shed, cut the grass three times; so far, trimmed hedges and lain down on the lawn looking at an empty blue sky. There are very few planes flying out of Heathrow now. Marilyn and I,” WhatsApped,”  our granddaughter, Emma in Berlin on her first birthday and waved  and chatted to her. Marilyn and I lay awake one night listening to the most awful inhuman screaming coming from the gardens near us at the back of our house. Emily told us, in the morning, that it was foxes mating. Really?

And then, of course, we watch the news everyday on the television.

So what got me writing my Lockdown Diary? I read the following article in The Guardian by Margaret Attwood and was inspired. I need something to fill my time. A bit of self reflection is good for the soul. 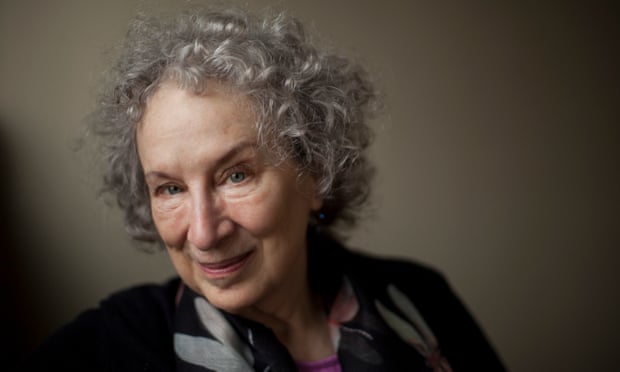