With the Austens at Netley Abbey

The refrectory at Netley Abbey. 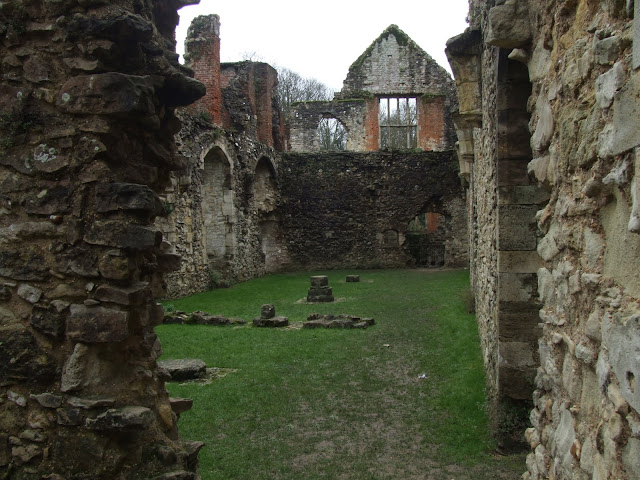 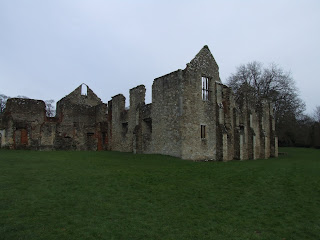 This was the Netley Abbey's hospital. 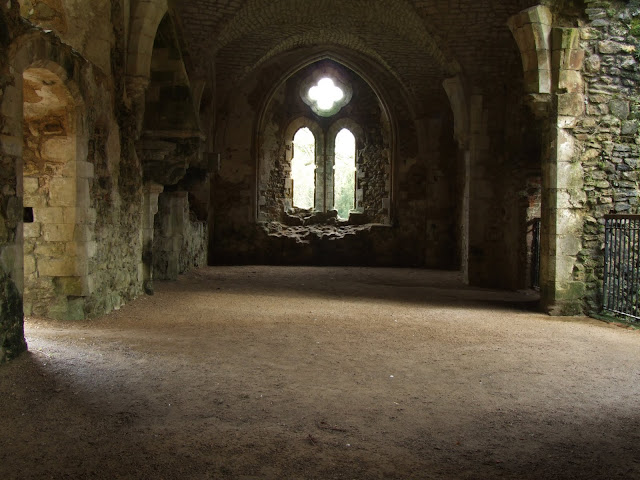 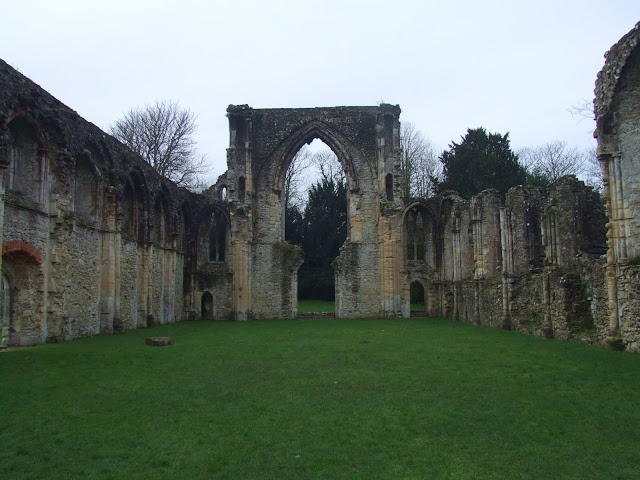 The remains of the south transept of the abbey church showing first floor galleries. 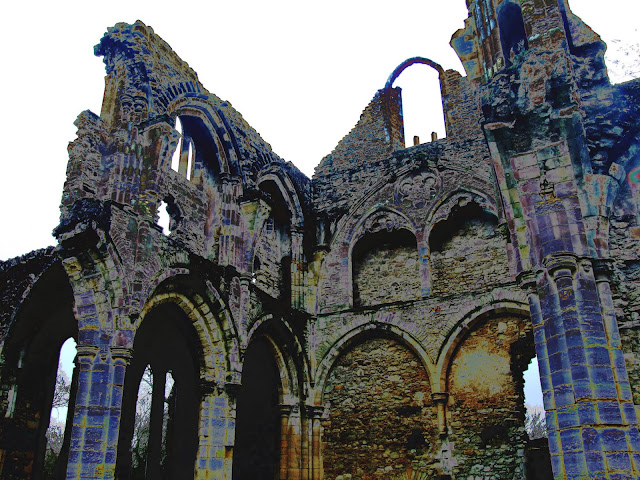 A recess to the right of the high altar. Water and wine would have been kept here to use during mass. 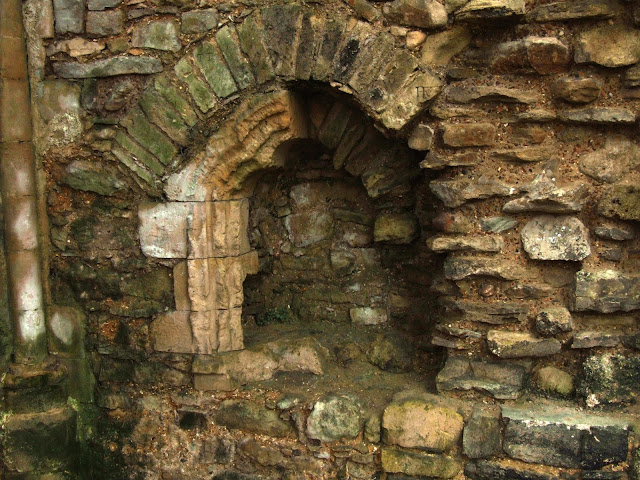 This doorway shows some of the changes William Paulette made to the structure when the abbey became his country home. 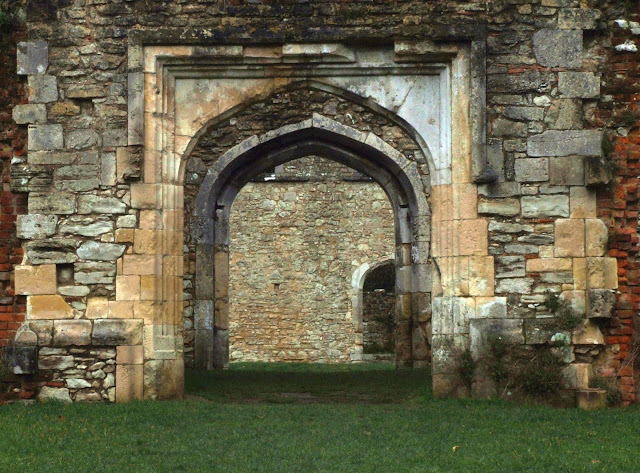 An architectural feature. A stone arch would have been supported by this pediment. 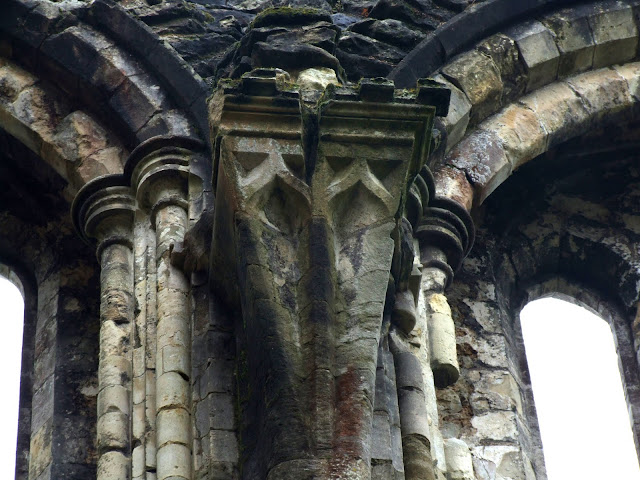 The west end of the abbey church showing the site of the high altar. 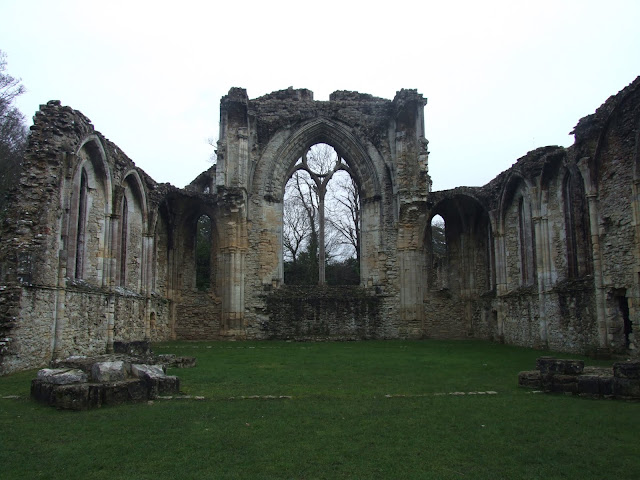 The pilgrims entrance. Travelers could call at this door and ask for food and water. 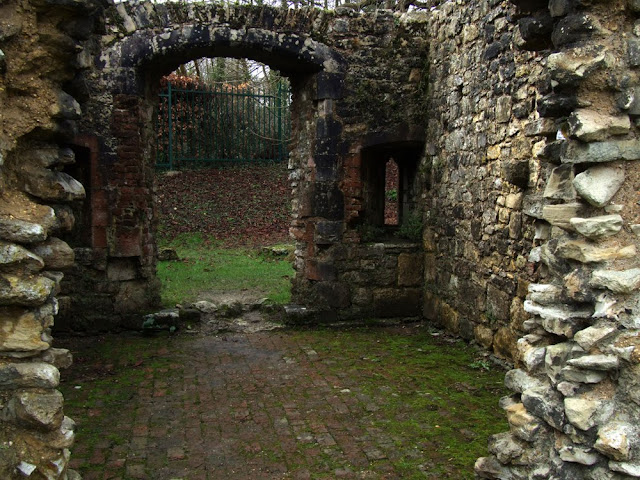 Arches leading from the cloisters to one of the side rooms. 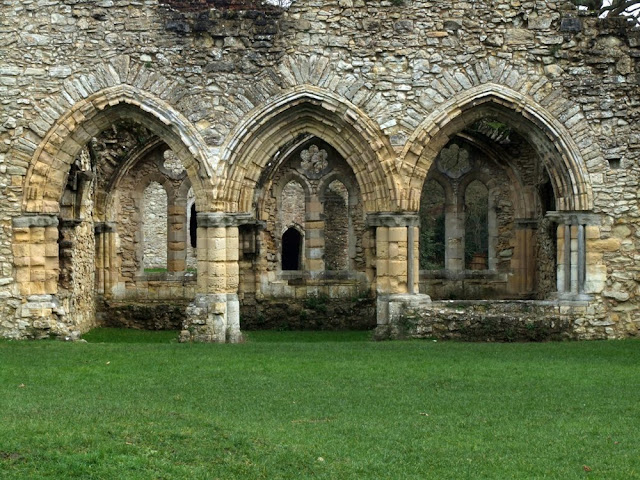 The infirmery with gothic window and vaulted roof. 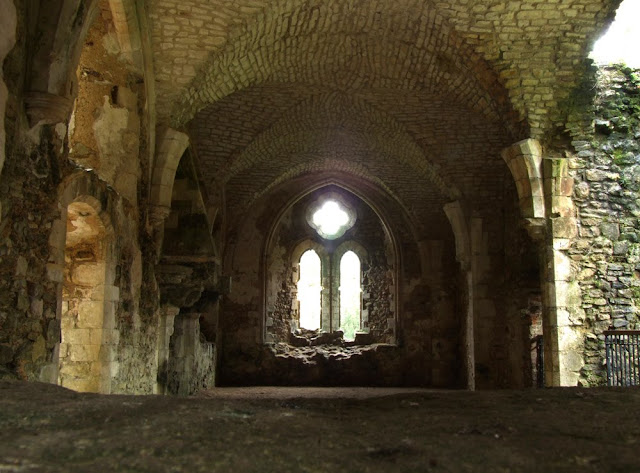 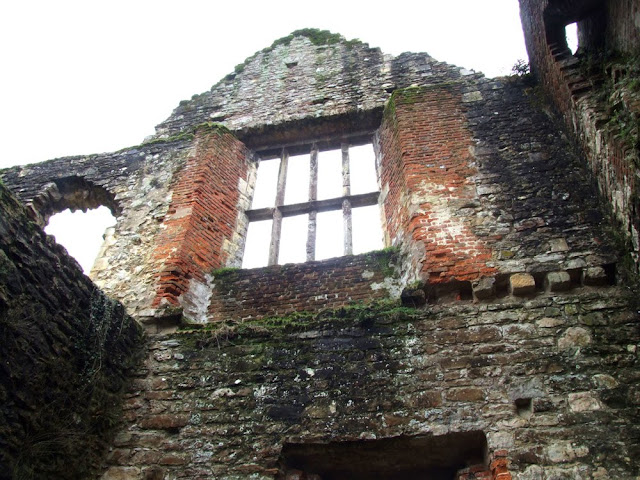 Pilars and arches in the abbey church. 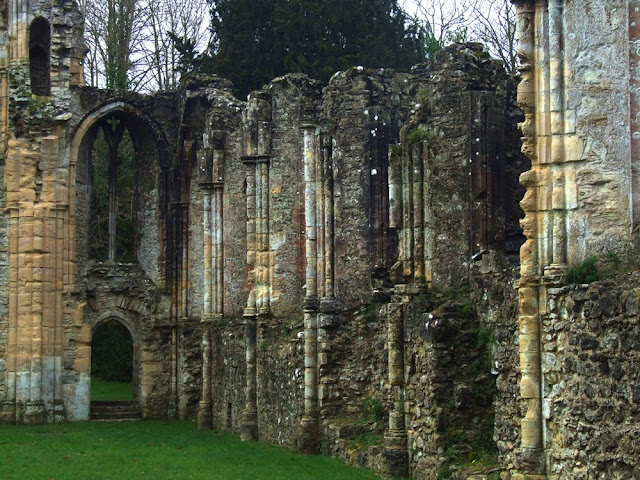 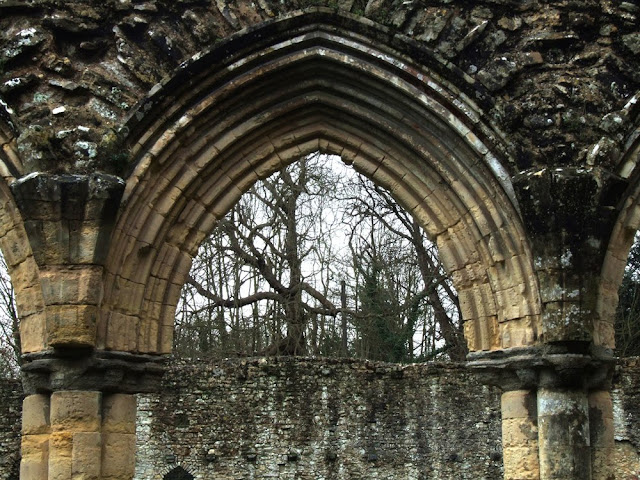 Netley Abbey is on the eastern outskirts of Southampton. Jane and her family often took a ferry from the Itchen River out into Southampton Water and were rowed two miles to Netley. The Isle of Wight was in view along Southampton Water, in the distance.

Writing to Cassandra ,who was staying with their brother, Edward, at Godmersham Park, from Castle Square on Monday 24th October 1808 she writes,


"We had a little water party yesterday; I and my two nephews (George and Edward came from Winchester School to stay with their Aunt Jane.Their mother, Edward's wife, having died)went from the Itchen Ferry up to Northam, where we landed, looked at the 74(A 74 gun battleship)and walked home, and it was so much enjoyed that I had intended to take them to Netley today; the tide was just right for our going immediately after noonshine, but I am afraid there will be rain; if we cannot get so far, however, we may perhaps go round from the ferry to the quay..."


Netley Abbey is a magificent ruin. It is a Cistercian monastery founded in 1239 by Peter des Roches who was Bishop of Winchester from 1205 to 1238.Wealthy clergy, like bishops and also rich Lords and knights, often founded churches and religious establishments because they thought it would put them in good stead with the almighty and help pave their way to heaven.


In 1536, during The Reformation, the abbey was dissolved by Henry VIII. Sir William Paulette, Henry's treasurer, turned it into a magnificent country home and estate.


When Jane visited the abbey it had become a romantic ruin. A significant amount of it's masonry had been taken to build local farms, barns and churches. Why so much still exists today is partly due to superstition. A local builder was removing masonry from one of the elegant arched windows in the abbey church when a large stone fell from on high and crushed him. Many people saw this as an omen and the taking of stone from Netley stopped.


Nowadays a lot of the shrubs , ivy and bushes that grew on and around the ruins in Jane's day are no longer there but the ruin itself is as it would have been in Jane's time.

If you ever get the opportunity, Netley Abbey is worth a visit. Why not have a picnic there as Jane and the Austens would have done. Choose a sunny Summers day though.
Here is an English heritage link to Netley Abbey.
http://www.english-heritage.org.uk/server/show/nav.14335
Posted by TONY at 11:45:00