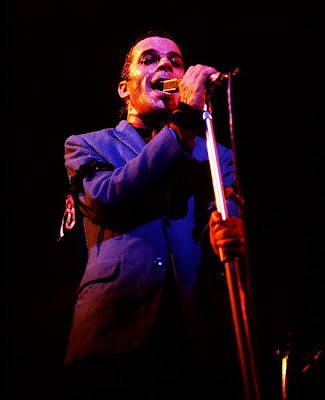 If  Ian  Dury  had still been alive, he died in March  2000, he would have been  on that  stage in the middle of that  Olympic cauldron in  Stratford,  East London the other night, yelling and  screaming out those lyrics. Instead it fell to the wonderful Graeae Theatre Company to proudly play his part. Those words sung by Drury, a polio victim, full of manic energy, staggering in his crippled state and hanging on to the microphone  precariously for support, exploding with  energy and anger at  the gaze of most,  pounding out that song, dripping with sweat,  on a stage, confronting everybody  with his  disability showed  us what paraplegics are capable of. They are capable of everything. Ian Dury wasn’t hiding his disability, he was thrusting disability at us, telling it how it is. The 4,200 paraplegic athletes at that wondrous opening ceremony of the Paralympics  were there to show the world what they can do, to show the utmost effort, skill and achievement. In the words of Seb Coe the organiser of both the 2012 Olympics and the Paralympics here in London,
“  prepare to be inspired, prepare to be dazzled, prepare to be moved.” 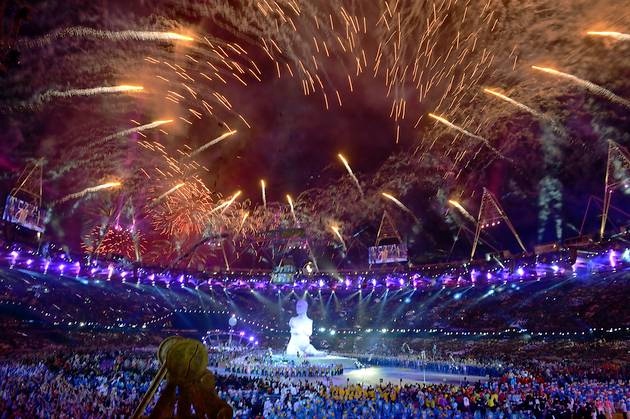 The Opening ceremony to The Paralympics 2012. The statue of Alison Lapper.

The theme of  the opening ceremony  was Enlightenment. There was more than one  layer of meaning  encapsulated  in that  theme. There was the historical  Enlightenment which involved, Sir Isaac Newton and his understanding of gravity and the universe right up to the recent Hadron Collider based in Lucerne that has smashed atoms at  such  speeds that scientists  have detected the Higgs  Boson particle which has changed the study of physics  and how we understand the universe. The whole stadium, using a light show, became the Hadron Collider with a moving commentary by Stephen Hawking the paraplegic  professor of Mathematics at Cambridge University.

A giant copy of the 1948 Universal declaration of Human Rights flicked over it’s pages in the middle of the  stadium.


Ian McKellen  played Prospero from Shakespeare’s, The Tempest with  Nicola Miles Wildin, who used her wheelchair at times, playing Miranda. Prospero sent Miranda shooting high into the air above the stadium  to smash the glass ceiling that blocks so many avenues of progression for paraplegics and the ceiling crashed to the ground in a multitude of shards. Destroyed!
Miranda looked about her and proclaimed,

“ o wonder! How many goodly creatures are there here! How beauteous mankingd is! O! Brave new World that has such people in it!”

The theme of enlightenment not only covered the historic period of Enlightenment in Britain in the 18th century and all its  great themes of exploration, discovery and science but it was also about enlightening us about people with physical disabilities. The main theme seemed to be saying there are no disabilities just different ways of perceiving and doing.

The end of the ceremony had Beverley Knight singing,
“I am what I am
I don't want praise I don't want pity
I bang my own drum
Some think it's noise I think it's pretty
And so what if I love each sparkle and each bangle
Why not try to see things from a different angle…”
Her voice is so powerful and strong. She filled the whole stadium with her voice and 80,000 voices sang along with her. I had tears in my eyes. 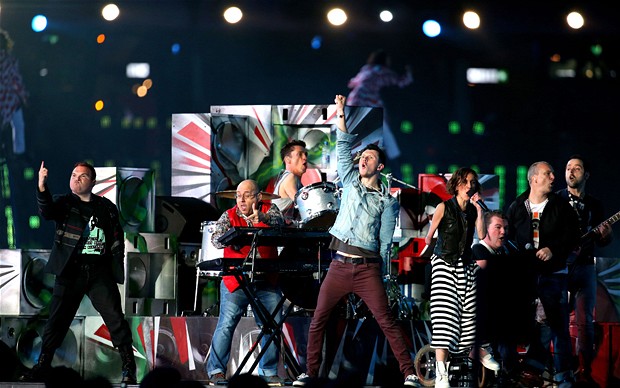 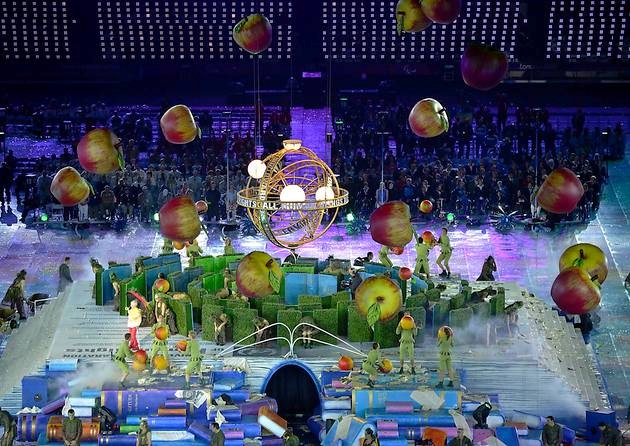 The period of Enlightenment. Isaac Newton perceived an example of gravity when an apple fell on his head.

To end the ceremony, Royal Marine, Joe Townsend, who lost both his legs while on duty in Afghanistan after standing on a hidden explosive in a road, flew into the stadium along a zipwire from the top of Anish Kapoors adjacent observation tower  holding the Olympic torch aloft. Margaret Maughn, who received Britain’s first Paralympic gold medal at the first Paralympics in Rome in 1960, waited in her wheelchair to receive the torch. She lit the Olympic cauldron.
The Paralympics were an invention by Dr Ludwigg Guttman at Stoke Mandeville Hospital in 1948. Soldiers returning from the conflict in Europe with horrendous injuries improved their whole disposition by playing sport.  Dr Guttman discovered that by taking part in archery and other sports adapted to their needs  soldiers recover mentally, socially and emotionally from horrendous amputations.