A cup of tea with Jane Austen

Tea clippers. These were specially designed fast sailing boats that brought tea back from China as fast as possible. The best could reach 18 knots in speed. This was about twenty miles an hour. 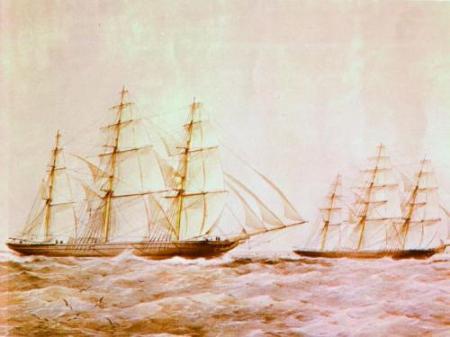 The entrance to Twinings at 216 The Strand. 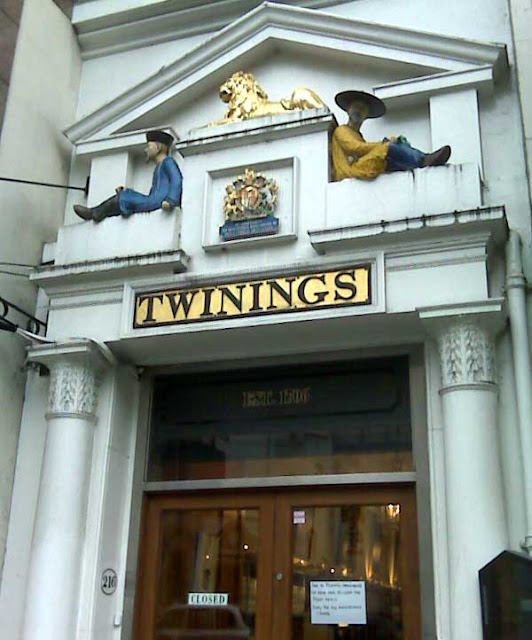 The Opium Wars in China. 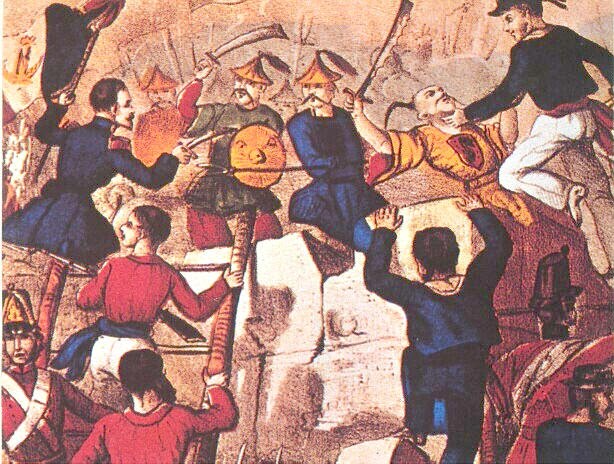 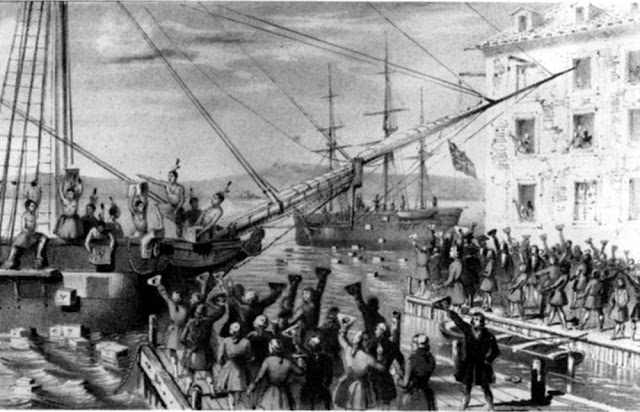 A Coffee House in 18th/19th century London. Although they were called coffee houses, this was where tea was drunk too. 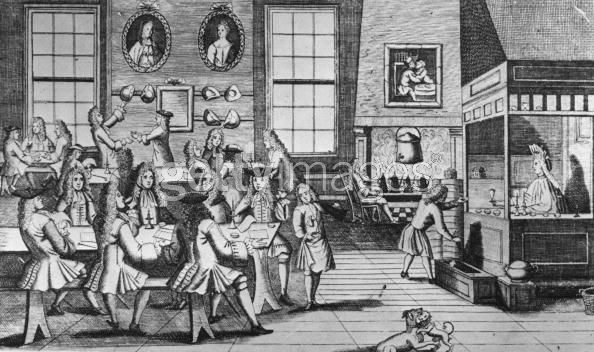 Another view of the entrance to Twinings in The Strand. 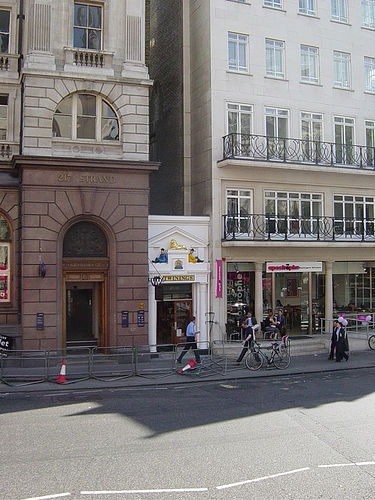 The dining room at Chawton. The cupboard on the left was where Jane locked away the tea. 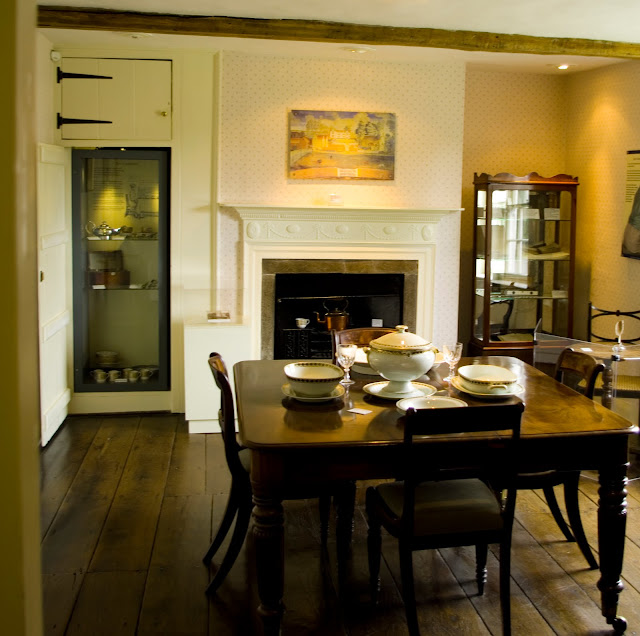 An example of the crockery that Wedgewood, Royal Doulton and Spode made to meet the demands of tea drinkers. 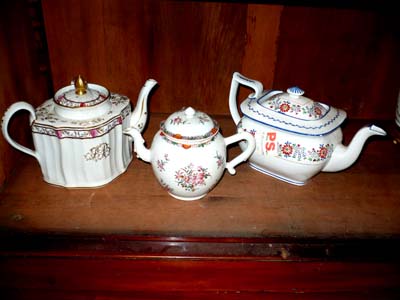 In a letter written to Cassandra on Saturday 5th March 1814 from Henrietta Street, amongst gossip about the theatre, mending a petticoat, Henry having a cold, going out for walks and meeting people, Jane writes,

"I am sorry to hear that there has been a rise in tea. I do not mean to pay Twining till later in the day, when we may 0rder a fresh supply."


Tea, that quintessential of all English habits. Taking tea, preferably in the afternoon, was a very genteel past time.


Before 1784 tea was smuggled into England. Tea changed the business and political landscape. Opium was traded for it in China. It was a cause celebre in The American War of Independence.It gave a boost to ship building and the efficient design of boats. It was tinder under the industrial revolution causing a great leap forward in the designs and techniques of the pottery industry of The Midlands.

Tea carried with it enormous taxes.Only the very wealthy could afford to buy it legitimately. The merchants dealing in the Chinese tea trade made their fortunes.Because of this it was ripe for smuggling. Ships captains, who brought the tea back to Britain in their ships, carried their legitimate cargo but often stashed illegal tea in their cabins to sell on the black market and make their own fortune.

There are records of brutal encounters with some smugglers. In 1747 The Hawkeshurst gang in Poole in Dorset, attacked the customs house killing the customs officials and taking back their tea that had been confiscated. This gang, that numbered sixty members, were also accused of the brutal treatment of anybody who informed on them.

In 1783, Pitt the Younger became Prime Minister. One of the first things he did was to solve the problem of tea.

In 1784 The Commutation Act was passed. This reduced the tax on tea considerably. Because tea was now relatively cheap smuggling was stopped in it's tracks. The smuggling of tea was made unprofitable.

One of the prime reasons for The American War of Independence was that America was ruled from Britain and the taxes the British levied were brought back to Britain. The colonists were expected to pay taxes to a country 3000 miles away. They felt that they should have the autonomy to make their own decisions and decide on taxes that benefited themselves. Tea was one of the problems. It was expensive and the colonists found they could buy their tea cheaper from the Dutch and French. In 1773 The Tea Act was passed by Lord North, the British Prime Minister, and the British Parliament.This act forced the colonists to buy tea only from British merchants at a much higher rate. Conflict was bound to ensue.


Perhaps one of the most shameful links to tea, was the opium trade with China.The Chinese people were becoming affected badly by addiction to opium. The British paid for tea partly with silver, and partly with opium from India. It was not grown in China itself. In 1839 the Chinese rulers tried to curb the British trade of opium but two wars ensued and the Chinese lost both.

The telling phrase that Jane writes in her letter is, ".....there has been a rise in tea."

What could this mean?


It refers to a rise in the price of tea, but why?

In 1814, the Peninsula War ended. Napoleon's armies had been defeated in Spain by Arthur Wellesley . The French had been driven back and even Paris had been taken. Napoleon abdicated that year.Perhaps the British Government needed to raise taxes to strengthen the army so it could police the defeated French. The Spanish were now a strong ally and they might need help in rebuilding their war torn country. Or it could mean bad weather. If tea clippers had been lost at sea because of stormy weather, tea would have become scarcer and so more expensive. War, bad weather or both? Perhaps failed crops in China had been a cause?

Jane's concern with the price of tea and her hope to replenish their supply at Henrietta Street has many resonances.

Jane bought her tea from Twinings in the Strand. The shop and entrance are there to this day.

Thomas Twining opened his first shop at 216 the Strand in 1706. Twinings are still a thriving company dealing in different teas. They were the first to blend tea to obtain a consistent flavour.

If you visit Jane's cottage at Chawton in Hampshire there is a cupboard in the corner of the dining room to the left of the fireplace. The door to the cupboard has a lock on it. Jane had the responsibility of looking after the treasured, tea and coffee supplies. She held the key to unlock the tea cupboard.
Posted by TONY at 07:55:00