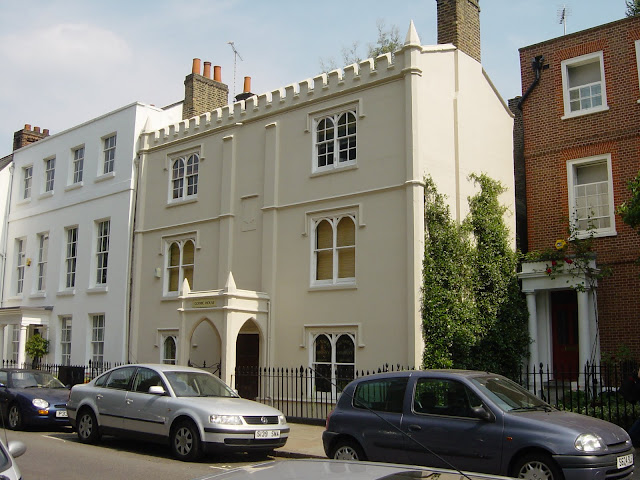 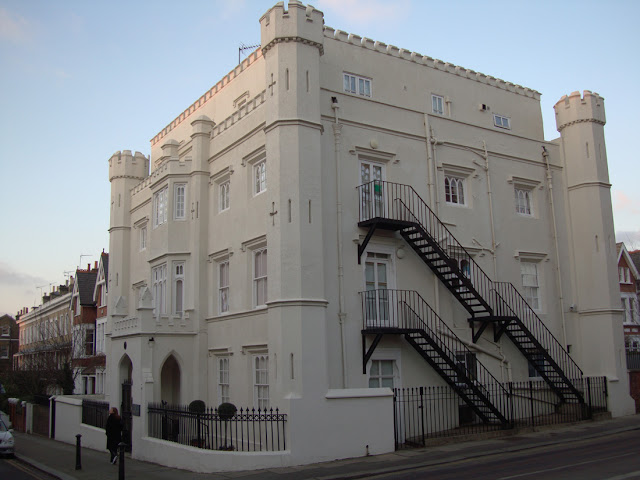 The Gothic style was a favourite. 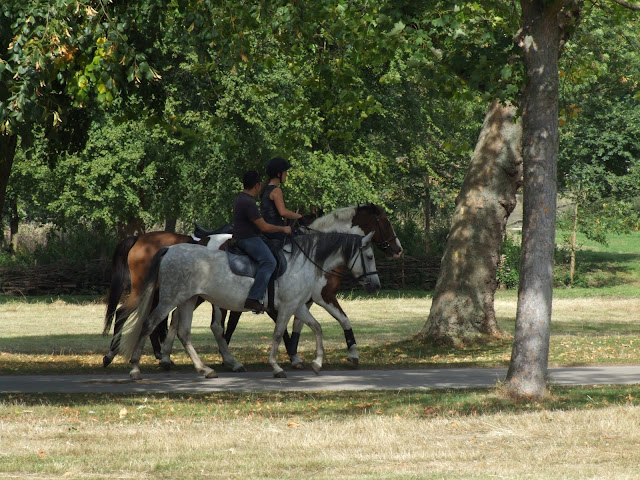 Riding in Richmond Park. Frank asked Emma if the people in Highbury rode. 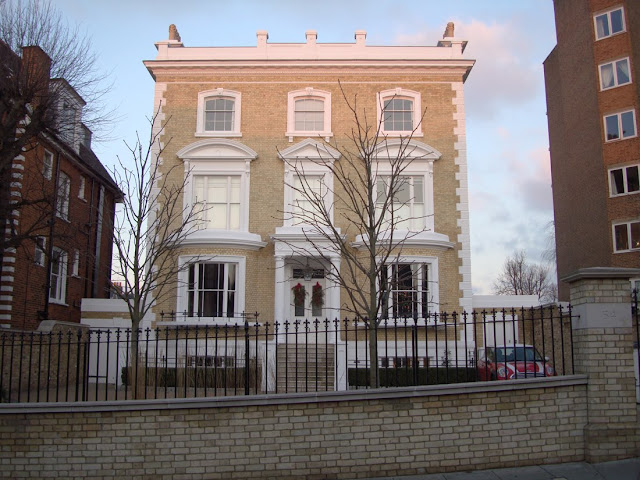 An early Victorian house in Richmond. 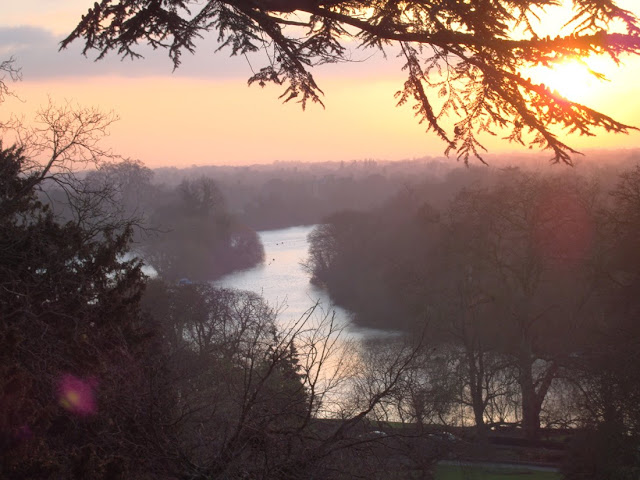 A sunset view from Richmond Hill. 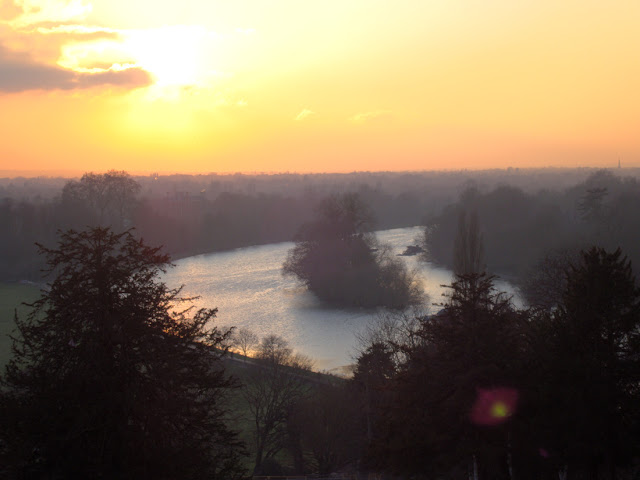 Another view from Richmond Hill showing the famous a bend in the Thames. An inspiration to poets and artists, Wordsworth to Turner. 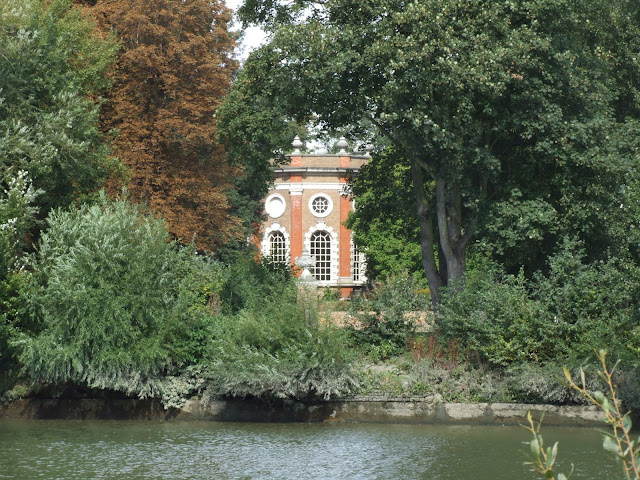 Orleans House Richmond is 18th century. The house was given this name for the exiled Duc D'Orleans, Louis Phillippe . He lived here from 1803 to 1815. The interior was designed by James Gibbs the famous 18th century interior designer. 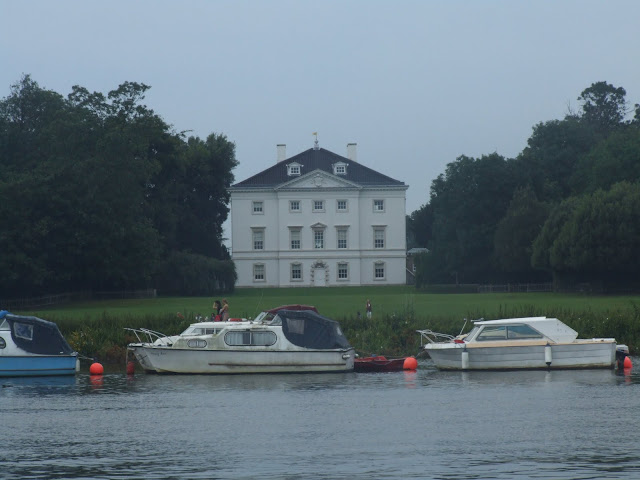 Marble Hill House Richmond. One of George II's mistresses,Henrietta Howard, the countess of Suffolk lived here.It was built between 1724 and 1729. 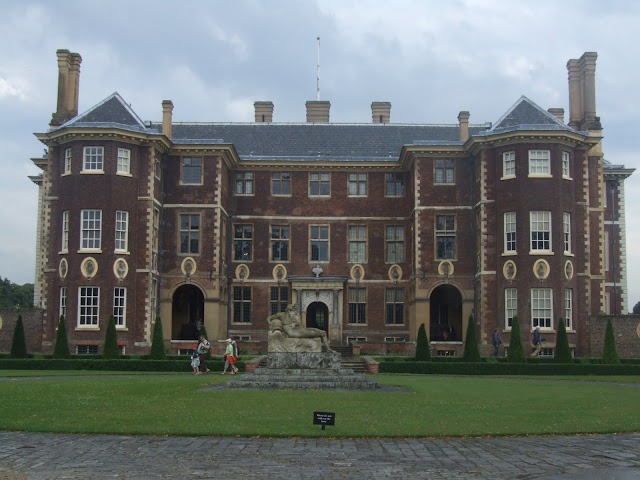 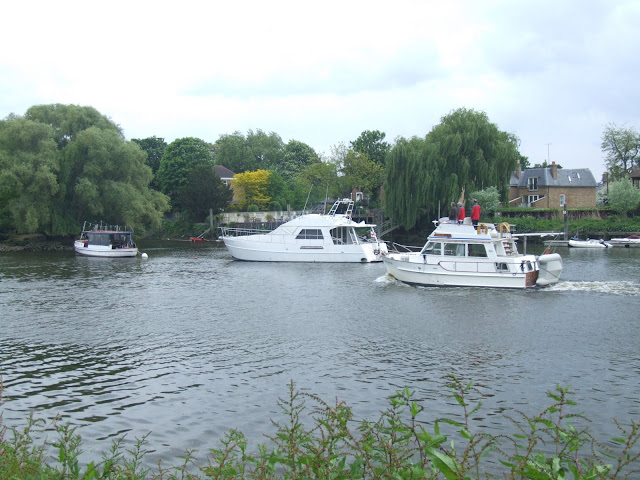 The Thames at Richmond. 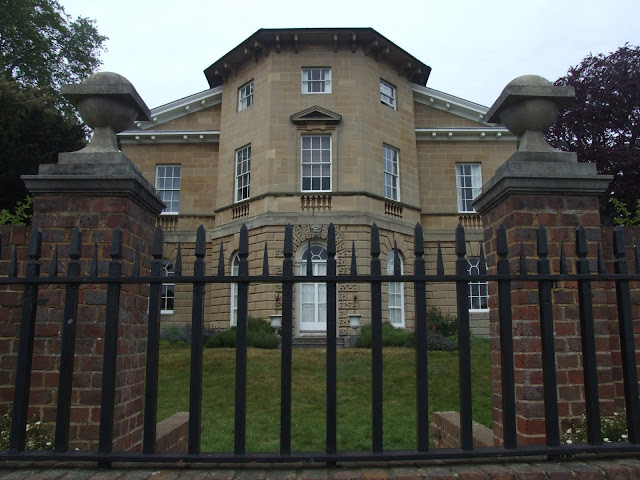 A large mansion beside the Thames at Richmond. 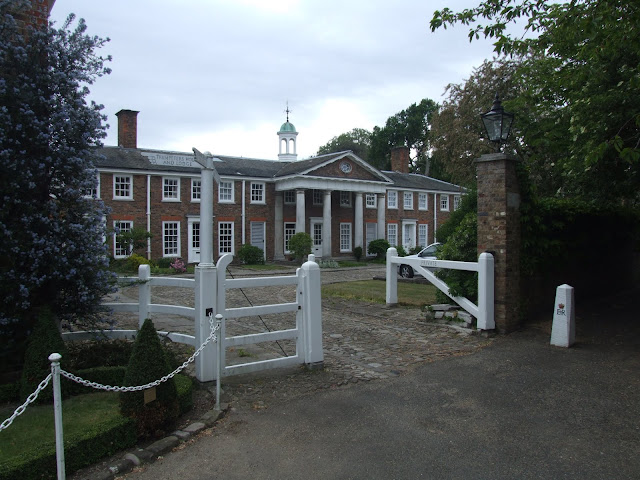 This large house is on the site of the old Richmond Palace. 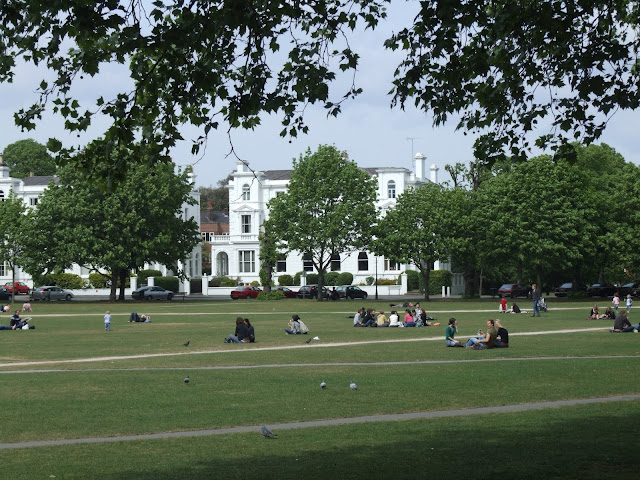 Richmond upon Thames is where Mr Frank Churchill spent a part of his time, with his adopted parents Mr and Mrs Churchill, while away from London.

Emma first encounters Frank Churchill in her own parlour at Hartfield.
Their conversation sounds a little forced at first. Later Frank Churchill finds a way to work his affable magic. He then starts his campaign to, apparently, seduce Emma.


Their subjects in general were such as belong to an opening acquaintance. On his side were the enquiries,-"Was she a horse-woman?-Pleasant rides?-Pleasant walks?-Had they a large neighbourhood?-Highbury, perhaps, afforded society enough?There were several pretty houses about it-Balls-had they balls?-Was it a musical society?"


It could be interpreted that Frank Churchill is being cynical and sneering at Highbury society in this speech. These are all the things Richmond has and in abundance. Highbury could never compete.


Richmond in the late 18th century and early 19th century was a place for the gentry and the very well off, the super rich in fact. It was in stark contrast to Kingston, two or three miles down river which was primarily a farmers market. Richmond was the genteel playground of the rich with many of the social facilities of London. Richmond had a theatre, The Theatre Royal, to rival the best in London. Edmund Keen, the theatrical star of the late 18th and early 19th century and a particular favourite of Jane Austen, had a house right next to Richmond Theatre.


Richmond was famous for being the home of Kings and Queens. Edward III in the 14th century, bought a large house beside the river and enlarged it into a palace. Different monarchs added to it or partially rebuilt it. Richmond Palace was home to Richard II, and Henry V. Henry VII died there in 1509 . HenryVIII lived there before he moved to Hampton Court. Henry used it to accommodate his Queens. In 1603 Elizabeth, herself died there.Charles I and Charles II stayed there to hunt deer in Richmond Park


Lords and Ladies had mansions built around Richmond Green, in front of the old palace and lived there while the monarch was in residence.

By the time Frank Churchill and the Churchills owned a property beside Richmond Green the palace was gone, much of it demolished but some of the lesser palace buildings were partitioned into separate homes. The gateway into the palace still existed in Frank's day, as it does today. It was still the play ground of Lords and Ladies and the famous. Frank Churchill would recognise Richmond today, many grand houses are still there.


I wonder if Frank Churchill eventually took Harriett back to Richmond to show her the ,"best view in all England," from the top of Richmond Hill?


Many artists and writers have waxed lyrical about the view from Richmond Hill. It still looks good today.
William Wordsworth wrote a sonnet about Richmond Hill and JMW Turner painted it.