SANDITON ( an unfinished novel by Jane Austen) is coming to our screens. What might we see? 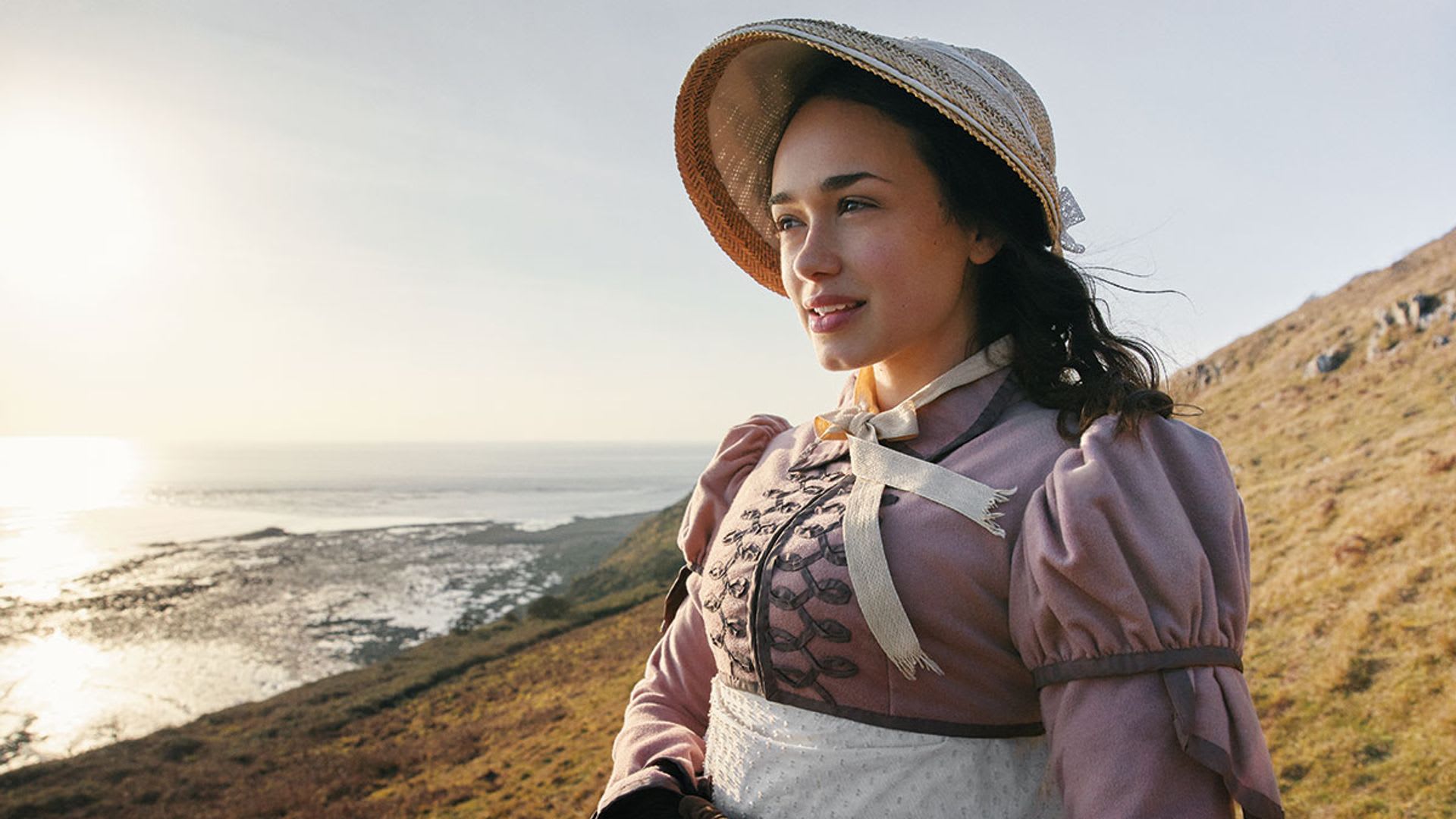 Andrew Davies, the adaptor of Pride and Prejudice for television back in 1995 with Colin Firth doing his Darcy stint, has adapted Jane Austen’s final and unfinished novel, Sanditon, for ITV as an eight part production. Davies has taken the plot themes and characters introduced by Austen in her unfinshed novel and extended and ,”finished,” the story in his own inimitable way. The first episode is being shown on ITV on 25th August at 9pm here in Britain.

Here are some of the themes that Andrew Davies is presented with by the novel.

The unthinking enthusiasm of the Parkers leads  to surprising results..The story starts with an accident. Mr and Mrs Parker are overturned in their carriage along a narrow country lane. They have persuaded their reluctant driver to take them off their route to visit Willingden, a place Mr Parker is convinced he will meet a doctor who has advertised his services. Mr Parker is in search of a physician to be employed at his new sea side resort of Sanditon. Mr Parker,  has mistaken Willingden for Greater Willingden . The  accident leads to their meeting with the Heywood family who are a farming family located in Willingden. The Heywoods take care of the Parkers over ,"a whole fortnight," and nurse Mr Parker with his twisted ankle. The Parkers invite Charlotte Heywood, the 22 years old eldest daughter to accompany them to Sanditon.

There is a moment, in which Mr Parker discusses with Mr Heywood the great benefits of Sanditon as opposed to a rival resort, Brinshore. If Mr Parkers words are to go by, Brinshore, is a terrible place. His eccentric and damning attack on Brinshore makes you wonder about his judgement. An unattractive trait in a man who appears to be friendly and generous in character. Some dark undercurrent within the story perhaps?

Jane Austen was accutely aware of the world changing around her. Sanditon is a discourse to some extent about, “Civilization,” developing by shifting from the comfortable rural past, where people are born, live and die in one place, (The Heywards born and bred and residing in Willingden for 57 years) to Sanditon with bracing sea air, invigorating bathing, social fluidity,  a place that people  visit  on a seasonal basis. A world where people move and socialise in new ways.The railways were already begun by 1817. Swansea in South Wales had its first steam railway in 1807. The seaside was becoming accessible to everybody. I hope Andrew Davies agrees?

One central theme to the story is the rich Lady Denham’s three families, firstly the Breretons, her birth family, who supplied her with a large fortune, secondly the Hollis’s, the family of her first and property owning husband and lastly the somewhat impoverished family of her aristocratic and last husband, Sir Harry Denham from whom she takes her prized name and title. Members of these three families vie for her favours and her inheritance. She is aware of their efforts to ingratiate themselves. Jane Austen describes her as uneducated and mean and sordid, a real monster by the sounds of it. A number of story strands immediately suggest themselves about Lady Denham alone.

We can always come back to , of course,   the enthusiastic dreamer Mr Parker, the instigator of Sanditon, his ineffectual wife, his hyperchondriac family , their over energetic  and mistake imbued efforts at grandiose schemes, and in Mr  Parkers case his naive  overinflated opinion  of Sanditon.

How do you attract people to a new resort such as Sanditon? Much comedic value can be derived from this. The Parkers appear to employ, word of mouth. Mr Parkers sisters, Susan and Diana and his brother Arthur  by talking incessantly to all and sundry attract some possible visitors but, true to the Parker family traits, Diana Parker, in her enthusiastic rush at things and lack of sober reflection is often mistaken. She doesn’t pay attention properly.She thinks she has, through contacts and personal persuasion enticed two large families to visit Sanditon but the two families turn out to be one and the same family and a much smaller group than expected of four women, a teacher and her three young boarding school pupils from Camberwell.

A walk on Sanditon beach.

The possible marriage scenarios are interesting. Sir Edward Denham, , the inheritor of the baronetcy since Sir Harry Denham died, needs to marry into wealth. Lady Denham does not intend to leave him any of her wealth and has said as much to him. There are no available wealthy spinsters to choose from  at the start. At first he  tries to seduce  the poor Clara Bereton, Lady Denhams young relation who is residing with Lady Denham at Sanditon House. Clara is all too  aware of his character and at first doesn’t want to entice him. A mystery begins when  Charlotte Heywood and \Mrs Parker on a visit to Lady Denham spies Clara and Sir Edward sitting in a field, sitting together at very close quarters. One wonders what could this mean? Who is going to inherit Lady Denhams wealth is so far a mystery to all and many maneuverings are open to speculation. A rich 17 year old, Miss Lambe from the West Indies arrives with the school from Camberwell. How will she impact on the society of Sanditon and Sir Edwards ambitions? Compared to other Austen novels where the characters are settled in one place, often from birth, Sanditon is a new more fluid society that changes almost daily with new arrivals and new departures. A society in flux.

Jane Austen was always  a firm believer in the power of reading and especially novel reading. In Sanditon, however, she has a go at the more pretentious readers of novels. I can imagine the scene. Sir Edward Denham is a ridiculous character. He makes a long winded verbose analysis of his reading habits and condones strong passions, intense feelings and human grandeur as the epitome of great writing. He goes on and on using words he doesn’t necessarily know the meaning of. Charlotte Heywood brings him down to earth after his long and florid descriptions with the simple statement, “If I understand you right- our taste in novels is not at all the same.” At this point they parted. Jane Austen is definitely in cynical mode. 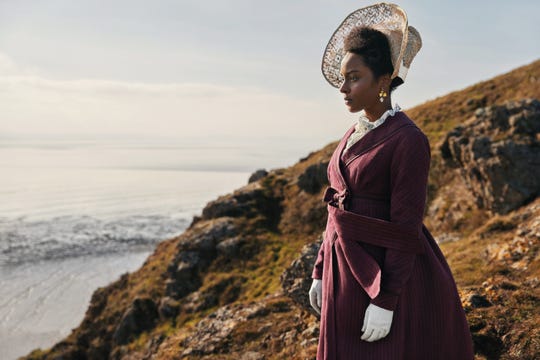 Who might the intelligent and slightly priggish Charlotte Parker team up with? We are left at the end of the piece with the arrival of Sydney, another  brother of Mr Parker. Mr and Mrs Parker have spoken much about Sydney. He makes fun of his hypochondriac sisters and brother and by making fun of their moans a groans and about their ailments they describe in their letters Sydney often provides Mr and Mrs Parker with a guilty amusement. They, in turn, describe Sydney as , idle and saucy. But then Mr Parker's descriptions of the rest of his family has not turned out quite as he describes. His sickly siblings are anything but a lot of the time. They think themselves ill but as soon as they are distracted by some mission or task they appear to have lots of energy, vigour and health, so maybe Sydney will not be as at first suggested. If his arrival has anything to go by he has the possible makings of a Jane Austen male character worthy of  Charlotte Heywoods attentions.Charlotte and Mrs Parker meet him on their way to visit Lady Denham. He  appears out of the mist driving his own  servant ,”in a very neat carriage.” which at first could be anything from a gig to a phaeton, from one horse to four. Those who know their carriages will understand the social meaning of each type. And driving his own servant too?  Another example of society turned on its head perhaps?   It was a very friendly meeting in the road as his carriage stops beside them for a moment and his sister inlaw ,"seemed," to like him. So we shall see. He announces that he is only going to stay for two or three days in Sanditon and informs them that he had come from Eastbourne. Is this a comment on Sanditon in that he would prefer Eastbourne ? And, of course what and who has he left behind in Eastbourne to where he must return?

Some of the other topics Andrew Davies might explore further, sea bathing, libraries, walks along the terrace, Charlotte Heywood's two sisters, near to her age and all her many younger siblings featured at the start of the novel. There is  Mr Parker's  search for a resident physician to be employed in Sanditon. Then there is the pull from the past. Charlotte Heywood's home in Willingden and the Parkers former comfortable farm house located inland in a dip in the ground near the old Sanditon village are places that surely cannot be forgotten . The development of the old Sanditon village itself appears to be going apace as opposed to the struggling new Sanditon on the cliff tops, and so on and so forth.  Andrew Davies, save us from our ignorance. 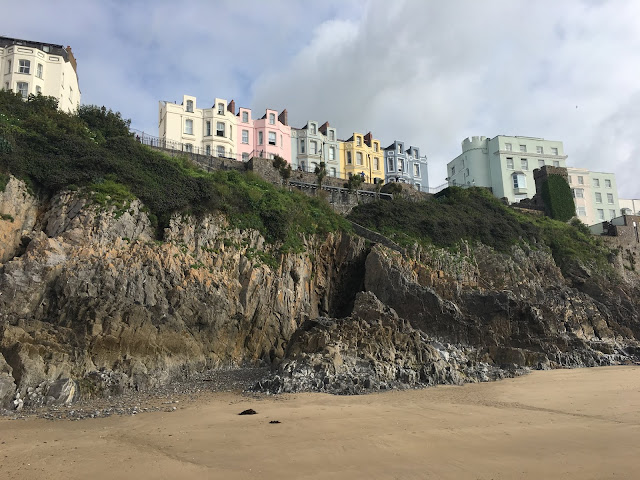 "Trafalgar House, on the most elevated spot on the down was a light elegant building, standing in a small lawn with a very young plantation round it, about a hundred yards from the brow of steep, but not very lofty cliff..." Sanditon by Jane Austen.

The above picture is Tenby , in Pembrokeshire, South Wales, a place Jane Austen knew and which in the 18th century was a famous seaside resort. Sir William Paxton, a local  politician and merchant banker, invested heavily in the town. In 1802 he started building many fine residences in terraces along the cliff top and within the town itself. It had seawater baths for invalids, bathing machines lined the beaches, an assembly rooms and a small theatre were built in the town.  John Wesley, the great Methodist preacher preached in Tenby during the 1790s and George Elliot came to stay in 1856. A blue plaque on the outside of an elegant Georgian terraced house,overlooking Castle Beach, names, Admiral Lord Nelson, along with Lord and Lady Hamilton as residents during a  trip to Pembrokeshire visiting Lord Hamilton's Pembrokeshire estates. Charles Norris (1779-1859), the English Topographical etcher lived beside Tenby harbour in a small cottage. He is famous for creating etchings of the Pembrokeshire countryside but especially of Tenby itself. George Austen , Jane's father, had a copy of Norris's etchings among his own collection of books at Steventon Rectory. Jane would most certainly have looked at them. Mr Parker would only have been too delighted to attract those people to Sanditon. Sir William Paxton was a man instep with Mr Tom Parker, without a doubt.