THE WHO LIVE AT LEEDS or…. What does the past mean to me? 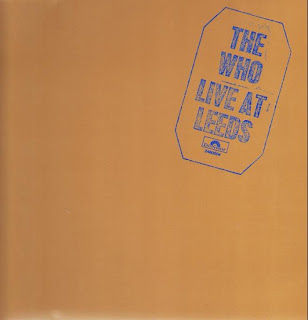 THE WHO LIVE AT LEEDS album cover.


Recently I took part in a Facebook challenge. Michael Billington, a friend who lives in Manchester, challenged me to post ten album covers of music that have and do mean something to me. The challenge got me thinking about how different music has had an effect on my life. The album covers were to be posted over ten days. Quite a challenge. Ten albums out of a lifetime of listening to and enjoying all sorts of music. A challenge that needed a lot of thought and of course, remembering. Some self-analysis of my feelings, reactions and attitudes was an integral part of the process too.
I chose THE WHO LIVE AT LEEDS for my first album choice. This is what I wrote on Facebook to go with a picture of the album cover.

"The first album cover I am going to post is ,The Who, "Live at Leeds."The cover is utilitarian and industrial in concept. In June 1970 , just after this album came out in May of that year, I went to a party in Southampton. This album was played continuously. I thought it the most exciting music I had ever heard and Roger Daltrey sang about, ,"My Generation."


So the album came out in 1970. That is forty-eight years ago. To me it still sounds fresh and full of incredible energy when I listen to it. I listen to it now and it lifts my spirits and creates a positive sense of myself making me want to be myself and sod the rest. Roger Daltrey would approve my expletive.
But really, to be honest, can an album, singing about being young in 1970 have any relevance now? The album has its place in History. Teenagers nowadays studying social history and modern history can analyse the album and its lyrics, its place in time and learn about an aspect of their parents and grandparents past. Reading the track titles of the albums original incarnation, Young Man Blues, Substitute, Summertime Blues, Shakin All Over, My Generation and Magic Bus, these titles are about being young and alive and engaging with the world then. All the tracks are about young people taking charge of their lives with their own thoughts and beliefs and emotional responses and breaking away from their parents’ generation. 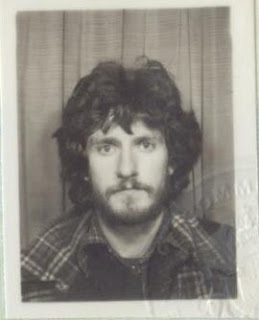 So, great as a bit of social,emotional and human developmental history but why do I still like it?
In my Facebook comment I said it was exciting. It still is. Excitement is excitement in any generation. The album helps me remember back to 1970 like nothing else can. Photographs, letters, holiday postcards from that time take you back but music makes you actually experience the moment, the emotion. You can be you then. You might think, so what? What does remembering do for you? I think it shines a light on the journey through life you have been on. It reminds you of who you once were. You might even reflect on whether you are happy with what you have done and become.
As for my children, by listening to THE WHO LIVE AT LEEDS they can experience a bit of the past. They can learn something of the past. Maybe it might dawn on them why their Dad is the way he is.  They might even see certain things which are universal about growing up which is also relevant to them. Great art and great music have multiple lives, often being reinvented for every generation.  Maybe this is why we like old stuff and go to museums, because it can spark off ideas and  turn into new stuff . Ha! Ha!