It was the summer of 1958. A hot June Saturday. I was six years old and wearing my cowboy outfit; wellington boots for cowboy boots, a check shirt , a paisley scarf knotted around my neck ,a brown felt, “ten gallon,” on my head sporting a smart shiny band around the crown.  A wide leather belt with a black leather holster hung loose  against my right thigh,  patterned  with gleaming steel studs. A silver pistol in my right hand, smoked gently from the barrel after a series of shots I had just expertly aimed at Tonto. My mate Paul, who was dressed as an Indian with his mums lipstick for war paint striped across his cheeks,  had disappeared behind the side of the garages at the back of our council flats. The realistic gunshot sounds had been produced by the pistol hammer striking sharply in turn  a series of percussion caps on a narrow paper roll placed in the ammunition drum of the pistol. My Aunt Mary, for many years, was a stewardess working for the Cunard shipping line. During my childhood she worked, voyage after voyage, for years on the cross Atlantic rout to New York sailing from Southampton. She mostly sailed on the Queen Mary but  she also worked on the Mauritania, the Saxonia and occasionally on the Queen Elizabeth. Her job was a nanny. She looked after the children of the rich and famous as they enjoyed the endless parties and entertainment provided on one of these Atlantic voyages which would take about five days. Often, Aunt Mary would bring us back presents from New York. The cowboy suit I was wearing that summer’s day in 1958, was one such present. I remember one Christmas my dad, who worked for Cunard too after the second world war in the pursers department aboard the Queen Elizabeth, and my Aunt Mary were in New York together and went to Radio City Music Hall for its Christmas entertainments. I remember their descriptions of the show and watching the Rockettes high step across the stage. My dad, my Aunt Mary, my Uncle John and my Aunt Jess used to talk often of going to New York night clubs and how they had their favourite coffee and breakfast bars near the docks where the Queens used to dock. There are family stories of wealthy Americans paying large tips, their easy ways and their larger than life personalities; my Aunt Mary working for Elizabeth Taylor and my dad meeting Cary Grant, both, strangely enough, of British origin. There is the photograph of my Uncle John shaking hands with the Queen Mother when she sailed across the Atlantic once. I have heard stories about shopping at Macey’s and walking down 5th Avenue, all my life, or so it seems. 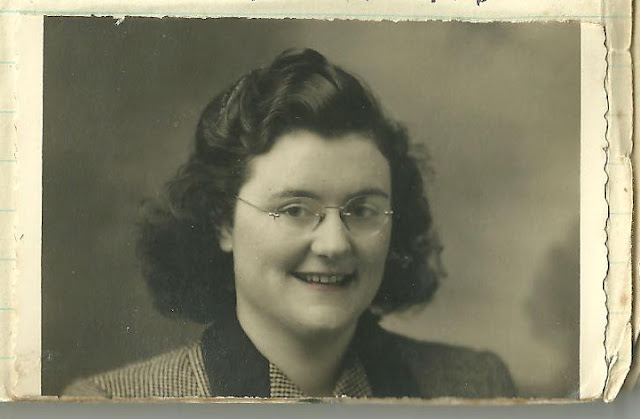 During the war my mother had a pen friend who lived in Brooklyn. Her friend was from an Italian family. I think my mother must have made the contact through the nuns at St Annes Convent, the Catholic school my mother attended as a girl in Southampton. My parents are Catholics and we were all brought up as Catholics. 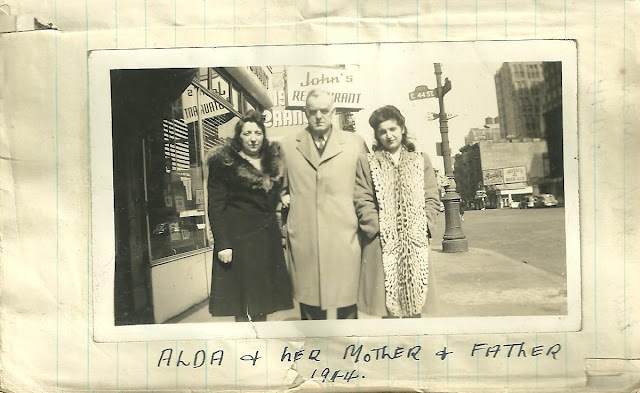 As a little boy of six, with my brother Michael, who was then aged five years old, I remember begging and begging my mum and dad if we could stay up to see The Dick Van Dyke Show. I loved that warm funny American way of life. It seemed so lacking in any problems and not the slightest wisp of austerity. The Lucille Ball Show was an even greater draw with her mad crazy scatty ways. These shows seemed to be for adults  but they had an enormous appeal for small children too. Being British in the years after the Second World War, we British were used to austerity, living within our means and watching every penny. Everything was saved for. My mum and dad did not buy things on credit. They were strict with themselves and this reflected our life style.

What we saw on TV in these American programmes was like another world of ease and gentle humour. It was a sort of dream world. Then there were the other American programmes that the BBC aired too,  The Munsters, ( Herman seemed so kind and idiotic; we weren’t used to benign friendly monsters here in Britain) The Beverley Hillbillies, Bewitched, oh we were all “bewitched.” British programmes made by the BBC and later ITV (independent television) were much grittier and hard hitting. This grittiness was also reflected in British films and literature of the time. The TV programmes included Coronation Street on ITV and Z Cars, a TV police drama. Our humour was self  depracating , dry and often  deeply cutting in many ways; programmes such as  Hancocks Half Hour and comedians such as Ted Ray, Arthur Askey and Kenneth Horn made us laugh at ourselves. Their sort of wit and humour lead to Peter Sellers , Spike Milligan and later still Peter Cook, Dudley Moore and then the Monty Python style of humour.  Cathy Come Home was a social commentary film that was incredibly hard hitting, Up the Junction and novels like Saturday Night Sunday Morning showed us  the seedy  harsh rough side of Britain. We British were not easy on ourselves, so American light entertainment lifted the mood a little.

Mum and dad thought they were taking a chance letting us watch the Perry Como Show, but fortunately they did allow us to watch it; and strange as it might seem, it never ever occurred to them that Liberace was rather unusual. The British have always had a great regard for pantomimes and pantomime dames. Unfortunately though, if Frank Sinatra came on, that was definitely not allowed. That was adult stuff, without a doubt. Any of the “Road,” films with Bing Crosby were Ok and watching, White Christmas, at Christmas was a good thing. We seemed to watch, and this was deemed quite acceptable, war film after war film, both British and American. Our parents wanted us to see them. Draw your own conclusions if you will. They were shocked though at Michael and myself using plastic tennis rackets as guitars, standing on kitchen stools and singing raucously and energetically Tommy Steel songs and Rock Around the clock by Bill Hayley and the Comets. Tommy Steel, before he took up a film and acting career, was a rock and roll singer. Shock horror!!

There used to be a cafe in Southampton, in the basement of one of the High Street shops, called the Cadena Café. It was always a treat to go there. My grandmother often took Michael and myself to the Cadena for the most delicious real cream cakes and tall glasses of lemonade. What was very special about the Cadena Café though were the murals on the walls. They were painted full height from the floor to the ceiling and surrounded all the walls. They were gigantic seascapes. The views showed entering New York harbour aboard one of the Queens. It was the view from the prow of the ship. The Statue of Liberty stood foremost, erect and tall on Liberty Island at the entrance to New York. Massed sky scrapers crowded behind it. The sea looked choppy with dramatic wave patterns which represented all the different shades of the sea from light turquoise to blue black; and tug boats scurried in front of the ship as it entered the harbour. That mural in the Cadena Café fixed my view of a modern, thrusting, energetic New York, with all its excitement, more than anything else. It has remained in my consciousness to this day. 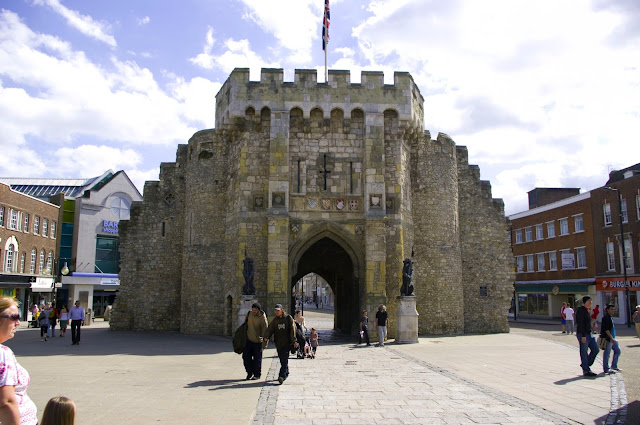 Two million American troops marched through this ancient  gateway  down to  Southampton Docks between 6th June 1944 and May 8th 1945. This is the same gateway that Henry V's troops marched through on their way to  Harfleur and the Battle of Agincourt in 1415. In 1620 the Pilgrim  Fathers  passed this way  to the Mayflower and Speedwell moored close to this gateway.

Southampton in 1958, had very strong memories of America and Americans apart from the TV programmes on BBC and ITV and the shipping connection between Southampton and New York. Southampton was the embarkation point for most of the American troops entering Europe on D Day and during the year after D Day which lead to Victory in Europe. There is a plaque on the ancient medieval city gate into Southampton called The Bar Gate which commemorates this. This number might seem incredible but two million Americans marched through that gateway to the docks. The number makes me feel incredulous even now, though I know it is true. Many households in Southampton billeted American troops leading up to D Day. My family owned a large house in Swift Road, Woolston. My dad was away in Burma with the RAF .My grandmother billeted two American soldiers. She always talked about them fondly and with great affection years later. New York 1945 showing the docks where the  Cunard ships docked. Later in the 1950's and the  decades following, members of my family were on board those ships.

I did indeed dream as a six year old child of going to America, the land of skyscrapers and enormous cars with chrome wings that looked space age.  I dreamed of going to New York and playing with American children of my own age. But, this might seem a little strange, my dreams included quite a bit of Superman stuff. I would always be able to leap from sky scraper to sky scraper. Don’t ask me why, but in my dreams, the dreams of a six year old, I could do that.