Jane Austen at the Theatre 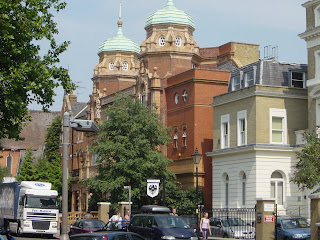 The site of the Theatre in Southampton where Jane thought Martha should go, once, before departing Southampton. 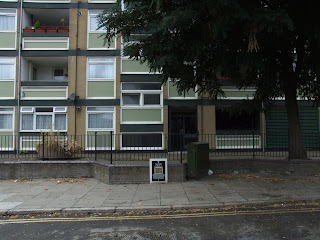 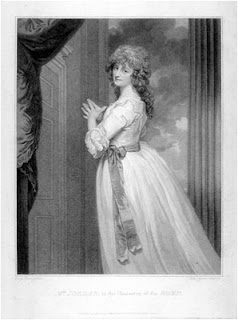 The small theatre in Southampton, a short walk from Castle Square where Jane lived. 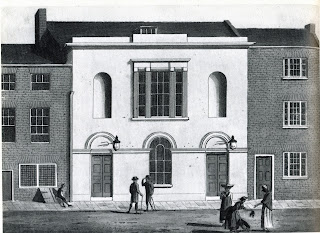 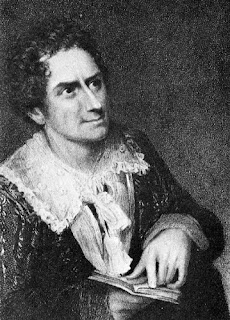 Inside The Pantheon Oxford Street. 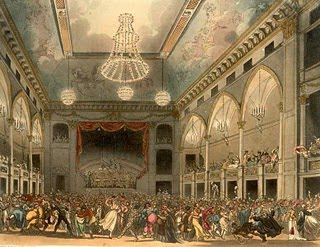 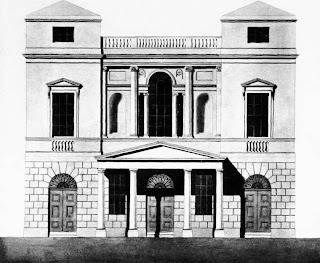 From an early age, Jane, was introduced to plays and acting. Her brother James thought himself a budding playwright.
Claire Tomlin in her autobiography of Jane ,"Jane Austen, A Life," explains how she became an early critic.
"At Christmas 1782,when Jane was seven, there was something new for her to listen to. Her brothers put on a play.It was a tragedy called Matilda, and perhaps responsible for Jane's smart dismissal of a play a few years later, ' it is a tragedy and therefore not worth reading.' "
Two years later, in July 1784,
" there was another production in the Steventon barn, this time a comedy, Sheridan's The Rivals, first produced at Drury lane in the year of Jane's birth...."
There is no evidence that Jane took part in these productions at Steventon. She was too young to take an adult part. There were female parts in Sheridans the Rivals but these could have been taken by her brothers dressed as women or other, older girls, known to the family. James wrote a prologue for this play where he appears to address the younger members of the audience.
"Though yet too young your stronger powers to own,we fondly wait your smile, and dread your frown."
In later life, when Jane visited her brother Henry at Sloane Street and Henrietta Street, she often visited the London theatres to see some the most reknowned actors and actresses of her day.
Henry owned a seat at The Pantheon Opera House in Oxford Street. There is a Marks and Spencers on the site nowadays and still called, The Pantheon.
Writing to Cassandra from Henrietta Street on Tuesday 8th March 1814 ,
"We are to see,'The Devil to Pay.' to night. I expect to be very much amused.-Excepting Miss Stephens, I dare say Artaxes will be very tiresome."
(They went to see, Artaxes, the following night after seeing,"The Devil To Pay.")
An actress, who called herself Mrs Jordan, was acting in that production. She was a famous actress and was said to have had the most beautiful legs.She took the name Mrs Jordan, although she never married, because she thought it more respectable to have a married womans name. She carried on a few affairs and had several illegitemate children. She was pretty, witty and intelligent and came to the attention of many wealthy and powerful men. However, her most famous affair was with William, the Duke of Clarence, who later became William IV in 1791. She lived with him in Bushy House, which is situated in Bushy Park next to Hampton Court Palace. The house is still there to this day. She had at least ten illegitemate children with William. The children all took the surname, FitzClarence.Even when living with William she still carried on her acting career.
Jane also saw the great Edmund Keen on many occasions.
Writing to Cassandra on Thursday 3rd March 1814 from Henrietta Street :
"Places are secured at Drury Lane for Saturday, but so great is the rage for seeing Keen that only 3d and 4d row could be got. As it is in a front box however, I hope I shall do pretty well.-Shylock.- A good play for Fanny.She cannot be much affected I think."

Edmund Keen, created great emotions amongst his audiences and his peers. Some of his peers hated him and thought he was odious, but all acclaimed his amazing talent as an actor. Audiences were, "feverish," for him. In 1814, the year Jane saw Keen play Shylock, the Drury Lane Theatre had hired him to help revive their flagging fortunes.His opening on the 26th January 1814 roused the audience to almost uncontrollable enthusaism. He lived in Richmond Surrey next to Richmond Theatre on the Green and died there on the 15th May 1833. He is buried in Richmond Parish Church.There is a flagstone in the floor of the church commemorating him.

Jane obviously loved the theatre and good acting. How much does a writer dramatise events in their own minds before writing them down?
In reading Jane's letters describing her enthusaism for going to the theatre, there is no hint of what Peter Ackroyd describes in his ,"London, the Autobigraphy."
" When in the mid eighteenth century David Garrick proposed to abolish, 'half price,' seats, for those who entered after the third of five acts. The day appointed for that innovation found the Drury Lane Playhouse filled with a silent crowd. P.J. Crosley composed A Tour of London in 1772, and set the scene. As soon as the play commenced there was a general outcry with,'fisty cuffs and cudgels,' which led to further violence when the audience tore up the benches of the pit and the galleries and demolished the boxes....."
Such behaviour in the capital's theatres continued well into the nineteenth century."
While living in Southampton Jane is rather scathing of the little theatre built there in 1766, the first ever built in Southampton.

"Martha aught to see the inside of the Theatre once while she lives in Southampton,& I think she will hardly wish to take a second view."